Airlines have been ready to fly internationally for two months and will provide the first post-Covid-19 flights as soon as they get the nod from the government.

The Ministry of Transport (MOT) has assigned the Civil Aviation Authority of Vietnam (CAAV) to consider the time and principles for loosening entries and exits, and resuming some international air routes to restore trade, tourism and investment on bilateral basis. 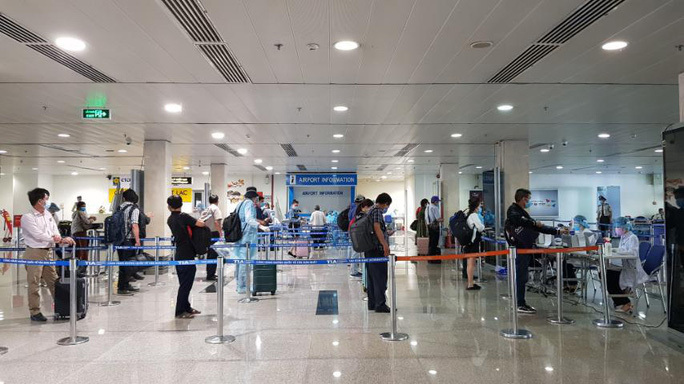 CAAV has to make suggestions on resuming international flights prior to June 10 so that MOT can submit the plan to the government for approval.

A representative of CAAV said the agency is still collecting information and learning about the situation in the region and the world to make suitable proposals.

He said Vietnamese airlines are ready to fly internationally. CAAV has received requests from Taiwanese and South Korean airlines to allow them to fly to Vietnam.

CAAV is planning to restore air routes, but the moment to resume flights will depend on the epidemic situation in other countries.

Dang Anh Tuan from Vietnam Airlines said CAAV has not yet worked with the air carrier on resumption of some international flights, but Vietnam Airlines has been preparing for this plan for two months.

Vietnam Airlines plans to reopen the air routes between HCM City or Hanoi and Incheon (South Korea) with four flights a week. These are commercial one-way flights, with airfare of $195-600. Passengers transit in Incheon before flying to cities in the US.

Trinh Van Quyet, president of Bamboo Airways, has reaffirmed the air carrier’s plan to double the number of domestic air routes to 60 by the end of 2020, and increase the number of international flights from 6 to 25. Of these, the air route to the US would start in late 2021 or early 2022.

Some aviation and tourism experts have suggested resuming international flights on bilateral basis with countries which have controlled the epidemic well, such as Australia and New Zealand. Taiwan also proves to be a promising market, as well as Japan and South Korea.

An aviation expert said that market demand is very high, after a long period of interruption as tourists, investors and businesspeople want to restart their travel plans. However, the resumption of international routes is not just about the market, but the COVID-19 control and diplomacy as well.

“The resumption of air routes must be implemented step by step, on a bilateral basis,” he said.

The national flag carrier Vietnam Airline has resumed full domestic operations with the number of domestic passenger flights on May 29 up 36 percent year on year to over 300.