Ministry of Home Affairs yet to propose merger of any provinces

Deputy Minister of Home Affairs Nguyen Duy Thang said at a press conference that merger of provinces has not been proposed yet for discussion at the first session of the 15th National Assembly on July 19. 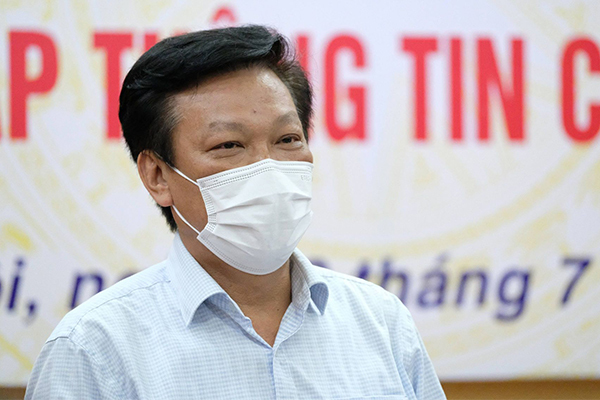 This important task needs to be done to advise the National Assembly Standing Committee on amending a number of articles on standards and classification of administrative units at the commune, district and province levels.

The drafting of the amendment and supplementation is just the first step. In addition to natural land areas and population scale, the other issues related to geopolitical, historical, cultural, traditional and lifestyle conditions of the community, as well as national security and economic development targets, will also need to be considered.

Opinions from central agencies and local authorities, as well as from the public, will be collected. The opinions will help complete the drafting of the resolution that amends and supplements some articles of Resolution 1211/2016, which will be submitted to the National Assembly Standing Committee for consideration.

Based on the 15th National Assembly Standing Committee approved standards for administrative units, the ministry will continue to propose the arrangement of administrative units at district and commune levels in the 2022-2026 period, combined with the continued arrangement of villages and residential quarters, according to the guidelines of the Party, National Assembly resolutions and the Government and Prime Minister instructions.

The Ministry of Home Affairs (MHA) is responsible for studying and preparing a pilot plan on arranging provincial administrative units in accordance with the Party's guidelines and the State's laws.

“As such, we are just at the beginning of studying, reviewing, completing and supplementing the legal basis, especially amending the National Assembly Standing Committee’s Resolution 1211/2016,” Thang said.

He said that this is an important and sensitive issue that needs to be carefully and meticulously prepared with consideration of multi-dimensional impacts, so as to ensure the feasibility and compliance with the national master plan (this plan has not been promulgated yet).

The 'pain' of administrative procedures

If public agencies consider the work of people and businesses as their own, the number of complaints about administrative procedures will decrease.

Minister of Home Affairs: state apparatus is too cumbersome