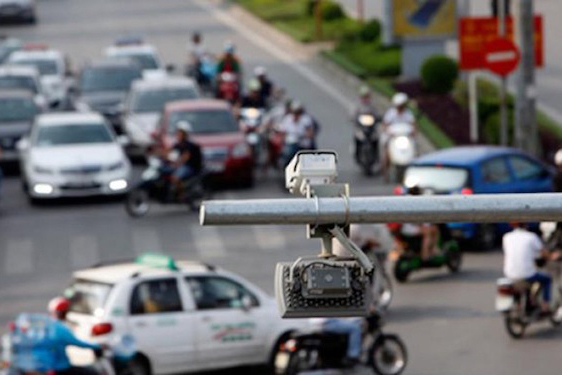 With cameras, traffic violations such as overspeeding, running a red light or wrong-way driving can be detected accurately, which minimizes conflicts and disagreements between people and policemen.

Studies on traffic behavior found that drivers violations are typically speeding, driving the wrong way, or running a red light.

If the behaviors can be supervised with road camera systems and strictly punished, people will be aware that all of their violations will be recorded and they won’t be able to escape penalties.

Khuat Viet Hung, executive deputy chair of the National Traffic Safety Committee, said the camera installation on highways needs to be implemented per the government’s Resolution 12. This means that this work must be implemented and fulfilled in 2019-2021.

Nguyen Van Thanh, former chair of the Vietnam Automobile Transport Association, said that Vietnam should have installed cameras to supervise traffic and impose fines a long time ago.

“I proposed installing cameras when I was chair of the association. Installing cameras and applying fines is not only transparent, but also helps reduce the number of policemen on site,” Thanh said.

He went on to say that to ensure transparency, the management of data from cameras must be supervised strictly. All the data must be transmitted to the Traffic Police Department.

He also stressed that the data about penalties must be shown to the offenders soon so they don't continue making violations with a fine of up to hundreds of millions of dong.

“This happens when they repeat the same violations, and the violations accumulate for one or two years and they are only informed about the fine when they go to register vehicles,” he said.

According to Tuan, developed countries have more favorable conditions to install cameras and impose fines than Vietnam because they control vehicles more strictly.

In Vietnam, in many cases, vehicles change hands many times, but procedures on ownership transfer are not followed. Therefore, it is difficult to trace traffic violators.

A total of 14,510 traffic accidents happened across Vietnam this year to December 23, killing 6,700 people and injuring 10,804 others, the National Traffic Safety Committee has revealed.