The Miss Vietnam 2020 format will be changed to be shorter with one semi-final round in Hanoi due to Covid-19 pandemic. 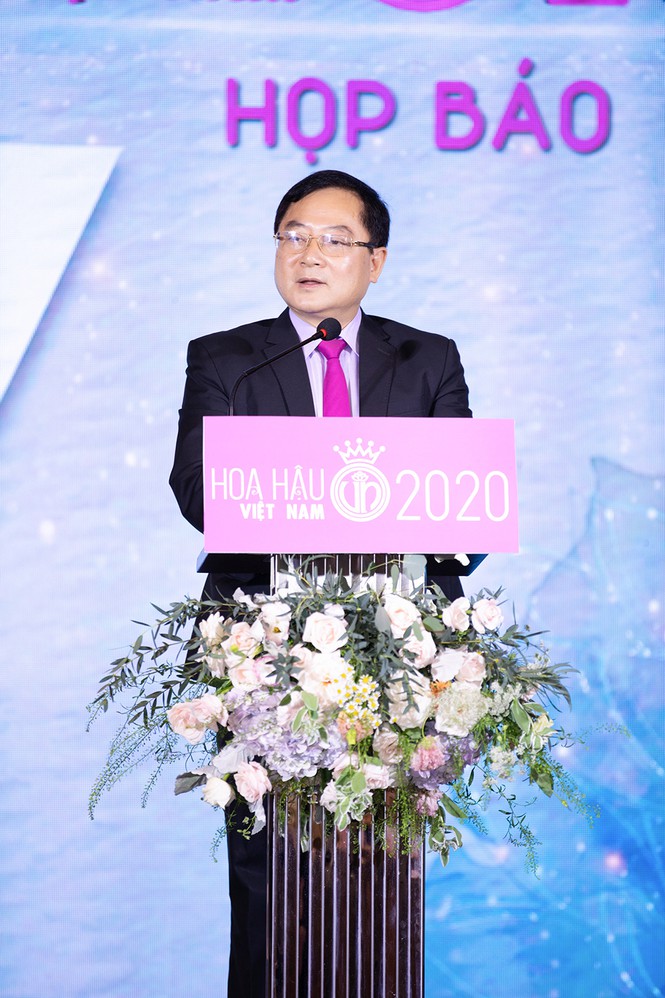 At the press conference at Lotte Legend Hotel Saigon on September 24, Le Xuan Son, editor-in-chief of Tien Phong News and organiser of Miss Vietnam 2020, said they would adjust the schedule and format to be more suitable to the new situation. The contest will be more condensed and shorter so that it will not be disrupted by emergencies.

The Miss Vietnam beauty pageant will be shortened from three months to two and a half months. In previous years, there were semi-final rounds held for both northern and southern regions and final night. However, this year, there will only be one semi-final round held at Hanoi's My Dinh Stadium on a much bigger scale.

It is estimated that up to 60 contestants will participate in the semi-final round, the biggest number yet.

Le Xuan Son said, "Many people questioned whether it is okay to organise the contest now. We decided to hold it because it is the largest event for any Vietnamese women who are eligible."

General Director of the contest Hoang Nhat Nam said he had faced many pressure since the contest schedule were changed three times. They are still working hard and building various plans for the semi-final round.

Pham Kim Dung, deputy head of the organising board, said they had been badly affected by Covid-19. Several sponsors had dropped out.

However, they also had more time to organise and develop a more detailed plan. They have fully prepared for any situation. Dtinews

Contestants of Miss Vietnam 2020 have put their wonderful figures on display as part of a swimsuit photoshoot for the upcoming beauty pageant.

Miss Vietnam to be delayed

The 16th Miss Vietnam beauty pageant which is supposed to take place on August 5 will be delayed due to Covid-19 according to the organiser.