Eleven models who performed in underwear illegally in a recent fashion show in HCM City will have to pay VND3.5 million fine each, announced the HCM City Department of Culture, Sports and Tourism.

VietNamNet Bridge – Eleven models who performed in underwear illegally in a recent fashion show in HCM City will have to pay VND3.5 million fine each, announced the HCM City Department of Culture, Sports and Tourism. 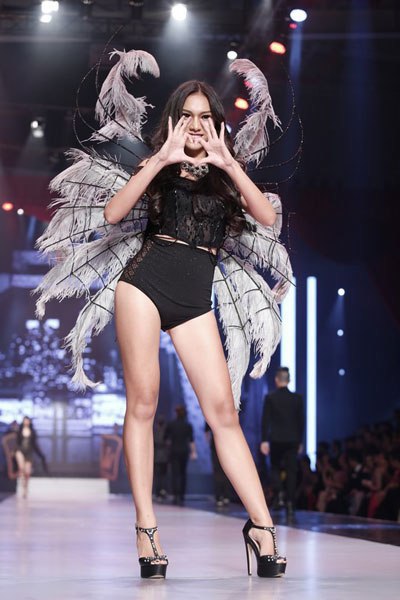 A model in the 7th Long-legged Festival.

Mr. Vo Trong Nam, the department’s deputy director said the 11 models performed in underwear which were not censored by the authorities in the fashion show "7th Long-legged Festival," held by Venus in HCM City on May 20. The models violated Clause 1, Article 16 of Decree No. 75/2010 on "wearing offensive costumes which are inconsistent with Vietnam habits and customs."

Nam said five models had already paid the fine, including Thai Ha, Thu An, Kieu Ngan, Dieu Hien and Tuong Vy. Four others are still working with the department. Two foreign models returned home so they cannot be fined.