In recent years both Hanoi and HCM City have undergone rapid development, with many skyscrapers, immense boulevards, and impressive public works taking shape.

Let’s take a look at the amazing architectural feats of the nation’s two largest cities:

Ba Dinh Square, the country’s largest square, is located on Hung Vuong street directly in front of the Ho Chi Minh Mausoleum. The site is the place where President Ho Chi Minh proclaimed the Declaration of Independence on September 2, 1945, therefore marking the start of the Democratic Republic of Vietnam.

Turtle Tower is an architectural work that is considered a significant landmark of Hoan Kiem lake in Hanoi downtown.

Hoang Cau lake in Dong Da district is situated next to Hoang Cau and Mai Anh Tuan streets. Featured above the lake is the elevated tracks of the Cat Linh-Ha Dong urban railway. 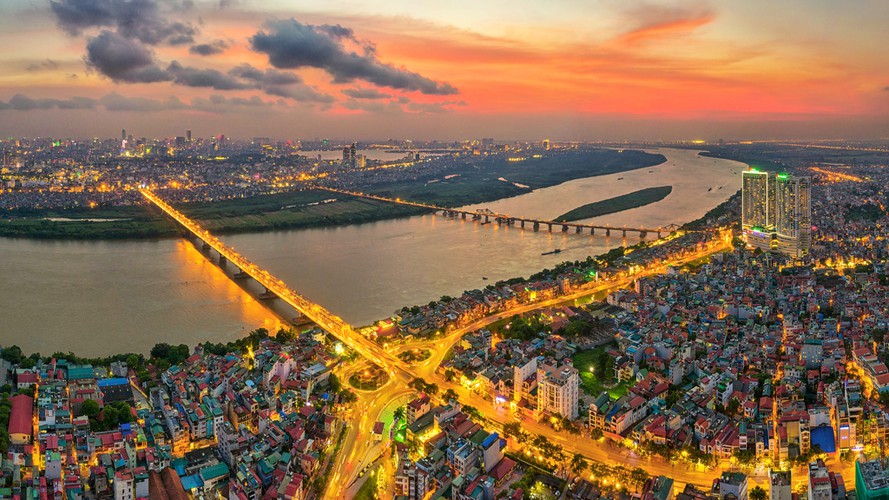 The Red river has played a critical role in the historical and cultural life of Hanoi, the city that celebrates its 1,010th anniversary this year.

As one of Hanoi’s newest landmarks, Nhat Tan bridge represents an impressive architectural marvel that links the main portion of the city with Noi Bai International Airport.

A view of the Trung Hoa intersection that links the centre of the city with areas to the west and north. 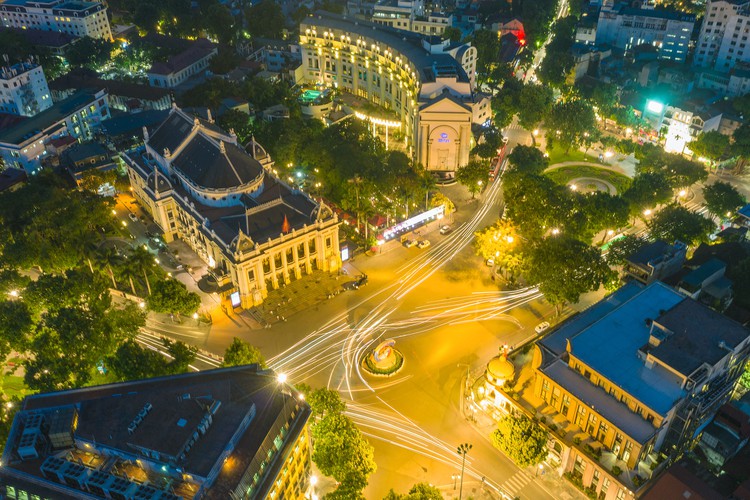 A bird’s eye view of August Revolution Square at night.

Vinh Tuy is one of seven bridges that spans over the Red river and is recognised as a major transportation project in Hanoi.

A modern flyover highway passes above the Linh Dam Peninsula on Belt Road No.3. 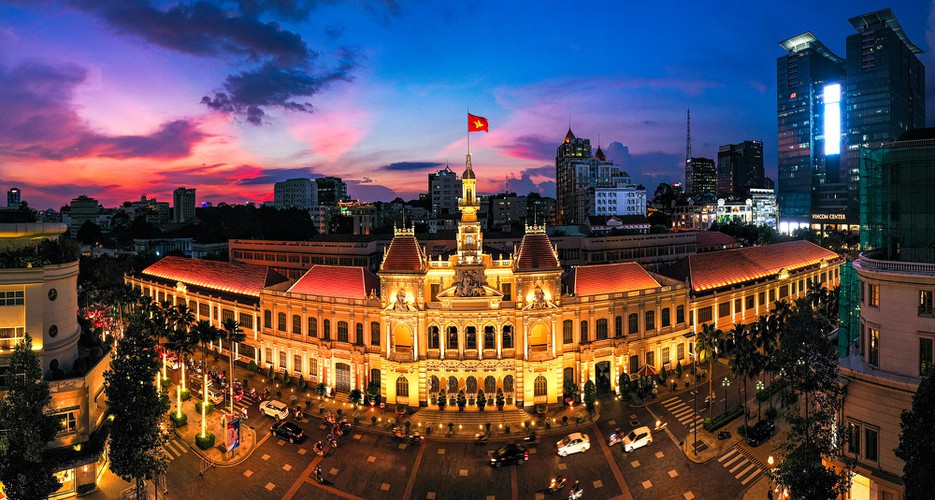 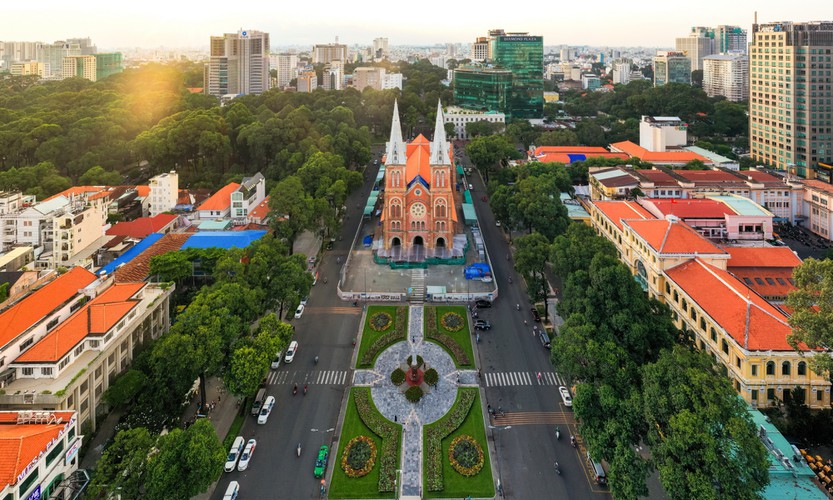 Located in the heart of Ho Chi Minh City, Notre-Dame Cathedral was built between 1863 and 1880 by French colonists in District 1, the hub of the southern city.

The Independence Palace is a prominent historical building in Ho Chi Minh City, with the site covering a total of 18 hectares at 106 Nguyen Du street in District 1. 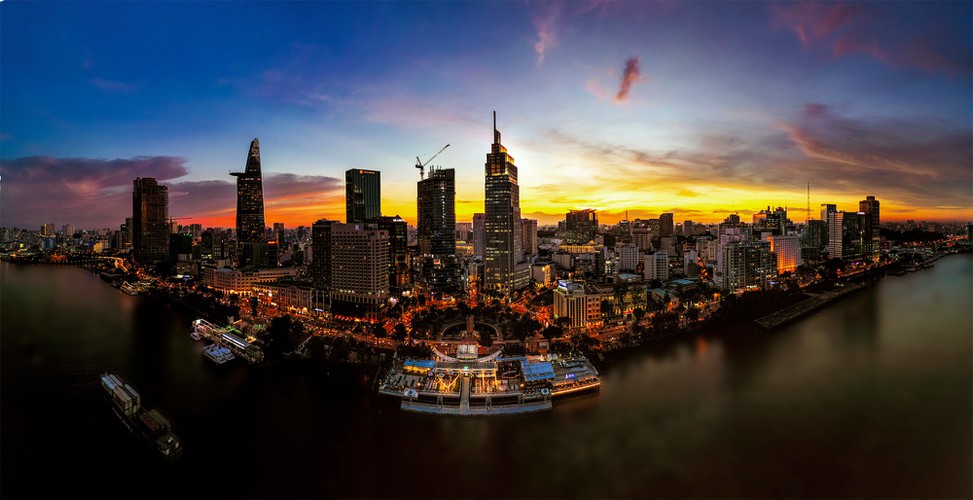 A number of skyscrapers, such as Bitexco, Vietcombank Tower, Saigon Times Square, and the Hilton Saigon, can be found located in the centre of Ho Chi Minh City.

Phu My bridge runs over the Saigon river after first opening on September 2, 2009. It is the country’s largest cable-stayed road bridge. 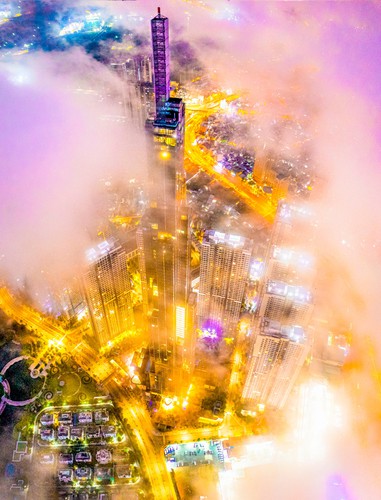 Landmark 81 is the tallest building throughout Southeast Asia. 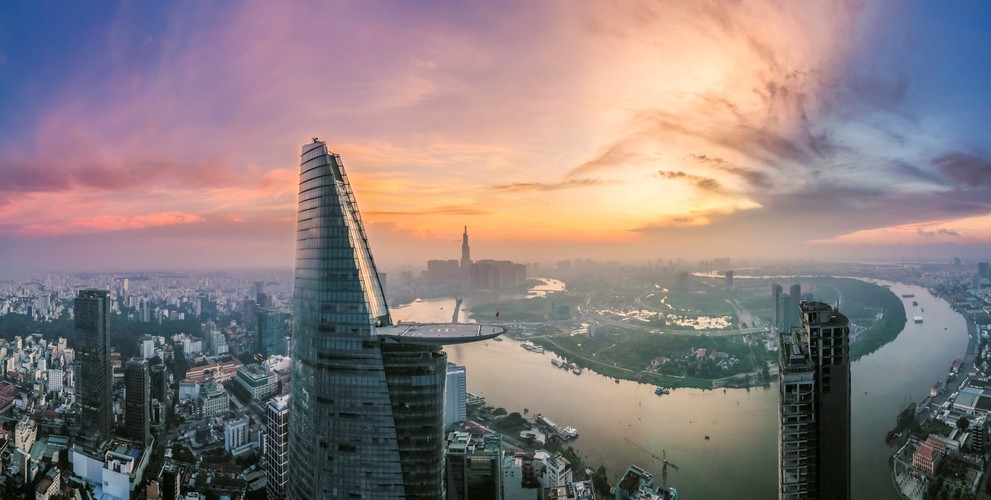 BITEXCO financial tower is in the modern heart of the city, and represents Ho Chi Minh City being a modern and dynamic metropolis. 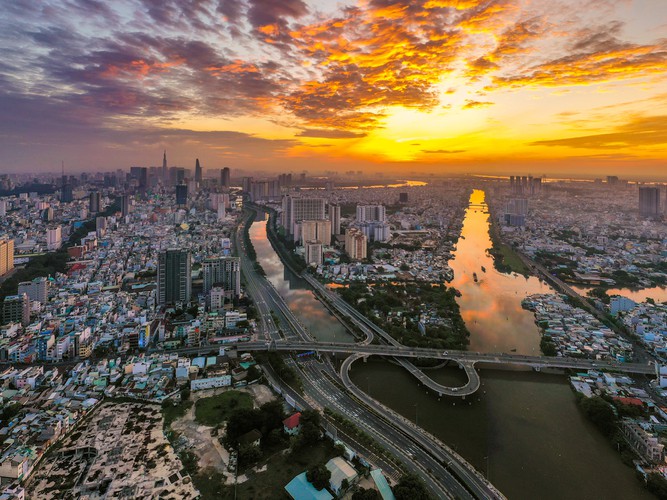 Vo Van Kiet highway, originally known as the East-West highway, is the most modern road that runs through the downtown of Ho Chi Minh City in an east-west direction. 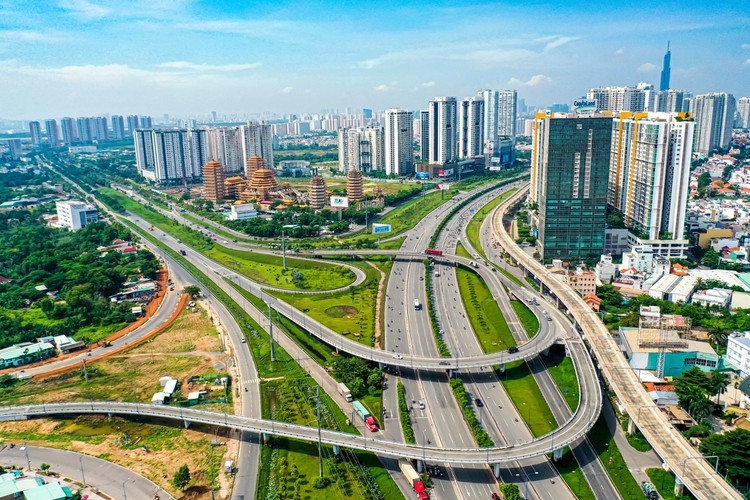 The Cat Lai intersection is located at the end of the East-West highway and connects with the expanded Hanoi highway. This is therefore the most important road in the east of the city and it connects the urban area with southeastern provinces and the north. 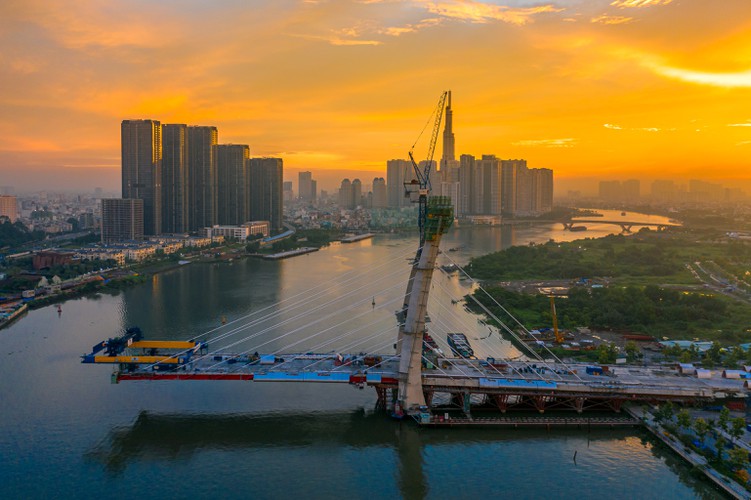 A look at the Ben Thanh-Suoi Tien metro line.