VietNamNet Bridge – Moody’s maintains the "negative" outlook on Vietnam's banking system. It also said that the non-performing loan ratio is much higher than the official figure of 4 percent reported by the State Bank of Vietnam in October 2013.

VietNamNet Bridge – Moody’s maintains the "negative" outlook on Vietnam's banking system. It also said that the non-performing loan ratio is much higher than the official figure of 4 percent reported by the State Bank of Vietnam in October 2013. 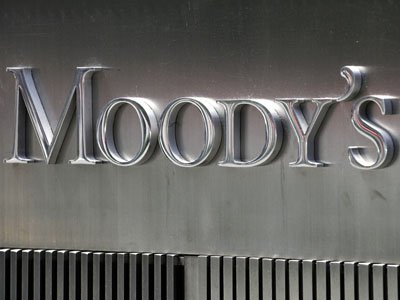 Moody's Investors Service has recently published its report titled "Vietnam Banking System Outlook" on the prospects for the banking system in 2014.

Accordingly, the "negative" outlook is retained for the banking system of Vietnam, although it recognizes recent signs of stabilization on the macroeconomic.

Moody's said that the recent improvement of the macroeconomic along with a series of changes in legislation will bring about positive results for Vietnam in the next 2-3 years.

Among other constructive developments, Moody's notes that the Vietnamese government has taken steps to stabilize liquidity in the banking sector, which have made the risk of a systemic crisis more remote.

"However, we do not expect a significant broad-based improvement in the capitalization of Vietnamese banks in the next 12-18 months. Capital remains inadequate to absorb the extent of potential losses stemming from pervasive weaknesses in asset quality," said Gene Fang, a Moody's Vice President and Senior Analyst.

Moody's estimates to comprise, significantly above the 4.7% non-performing loan ratio reported by the State Bank of Vietnam in October 2013.

This credit rating agency also said that problem assets in the system are at least 15 percent of total assets.

Most recently, in late 2013, a representative of the State Bank of Vietnam said that the NPL ratio of the banking system reduced to 3.79 percent. In fact, there is a gap between the NPL ratios reported by commercial banks and those defined by management agencies. Normally, the numbers released by supervisory bodies are several percentage points higher but they have never reached up to the 2 digits as the assessment of foreign organizations.

At a recent meeting, a leader of the State Bank of Vietnam said the bank would take measures to minimize the gap. He said all credit institutions must conduct audits of credit quality to clarify the bad debts to have appropriate solutions.

According to Moody's, recent policies - such as the Vietnam Asset Management Company designed to take over banks' problem loans - have not directly addressed undercapitalization in the banking system.

It also said that profitability remains stagnant in a challenging operating environment, in which an improved external position has yet to revive domestic demand. Weak loan demand is depressing bank margins, which remain insufficient to offset rising credit costs and improve internal capital generation. Though bank regulators are aware of the need to improve accounting standards and transparency, decisive policies to address these issues have yet to be implemented.

Discussions around attracting foreign capital have also yielded limited results, since a cap on foreign investments continues to prevent control of domestic banks by foreign investors, according to the report.