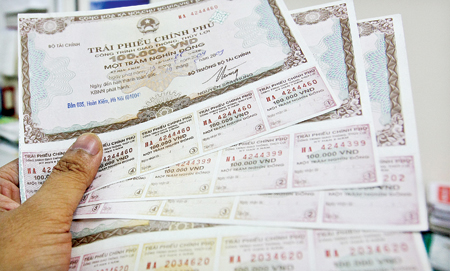 The firm noted that Vietnam was in the midst of its third consecutive year of broad macro-economic stability. Although economic growth had fallen since 2012 compared to the preceding decade, the economy was characterised by price stability.

Further, it said strengthening of the balance of payments and external payments position had been underpinned by a diversification in the structure of Vietnam’s exports towards more capital-intensive manufactured goods, such as mobile phones and electronics, and away from commodities and traditional labour-intensive products, such as textiles and shoes.

Combined with relatively weak imports, this had resulted in the current account shifting from a deficit to a healthy surplus. In turn, the development had contributed to the accumulation of foreign exchange reserves to an all-time high of US$35.9 billion, as of April 2014, as well as the stability of the exchange rate.

Moody’s said Vietnam’s banking system had stabilised and risks to the Government’s balance sheet were likely to remain limited.

However, the firm noted that the overhang from a decade-long credit boom-as manifested in the still large stock of non-performing loans (NPLs) – continued to constrain the banking sector.