Vietnam now has 1.9 aircraft for 1 million people, while Thailand has 4.7 and Malaysia 9.5. Vietjet Air released the figures to prove that Vietnam still has room for more air carriers. 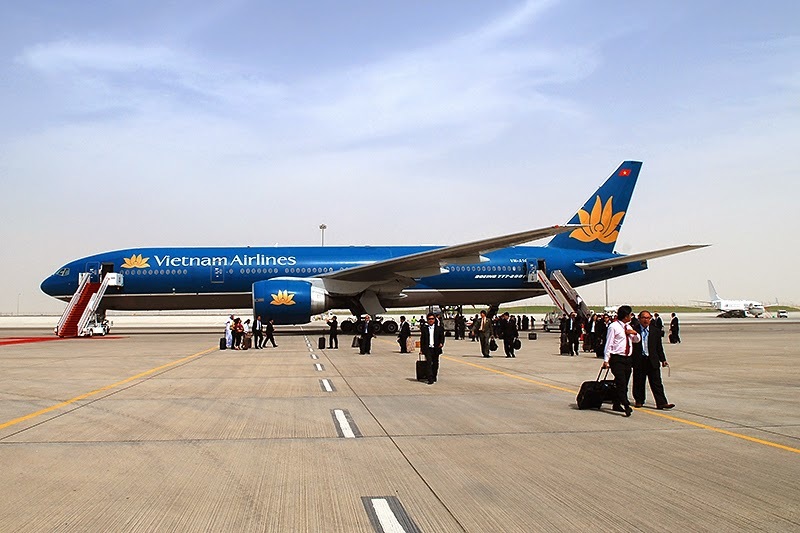 Nguyen Quoc Ky, CEO of Vietravel, said at a tourism conference in Thua Thien-Hue province recently that great potential exists in the aviation industry thanks to the population of 100 million, and the high number of foreign travelers (15.5 million) which increases steadily year after year.

Each airline is following its own business strategy. Bamboo Airways aims to become a 5-star airline while Vingroup joins forces with CAE Oxford to set up a school to produce high-quality workers for the aviation industry called VinAviation School. Meanwhile, Vietravel Airlines has decided to provide chartered flights.

According to Ky, in 2019, Vietravel plans to serve 930,000 travelers, an increase of 9 percent over last year, and if Vietravel Airlines obtains a license, this would give the travel firm a great advantage in attracting tourists.

Analysts all say that the market is large enough for newcomers, but they warn that big challenges are ahead.

Vietstar Airlines plans to use five aircraft in the first phase of operation and arrange parking lots for two aircrafts. However, it still has not begun operation.

Vietjet Air has been growing rapidly since it provided the first commercial flight some years ago with satisfactory profits. However, according to Everest Securities, its performance may decline because its fleet has been expanding rapidly within a short time and problems have occurred with aircraft recently.

Jetstar Pacific only began making profit in 2018 and the first six months of 2019, while it incurred the loss of hundreds of billions of dong each year in 2016-2017 because of the air fuel price and exchange rate fluctuations, and because of the strategy on lowering the airfare to attract passengers.

As for Bamboo Airways, Trinh Van Quyet, its president, said at the FLC shareholders’ meeting in late June that the airline still cannot make a profit. By April 30, 2019, or after three months of operation, Bamboo Airways had incurred a loss of VND300 billion.

Analysts point out that the biggest problem for airlines now is the lack of pilots. It takes at least 3-4 years to train an Airbus A320 and A321 pilot and 7-8 years to train a pilot of A350 and Boeing 787. Even if Vingroup begins enrolling students for training in August, it will not be able to satisfy Vinpearl Air’s needs in the immediate time.

National flag carrier Vietnam Airlines has put the Boeing 787-10 Dreamliner into service on the route between Vietnam and the Republic of Korea (RoK).

Vietnam Airlines has announced to provide Wifi on some of its flights using Airbus A350 aircraft from October 10.