VietNamNet Bridge – GP Bank may kick off the 2014 merger and acquisition (M&A) season. The next would be HDBank.

VietNamNet Bridge – GP Bank may kick off the 2014 merger and acquisition (M&A) season. The next would be HDBank. 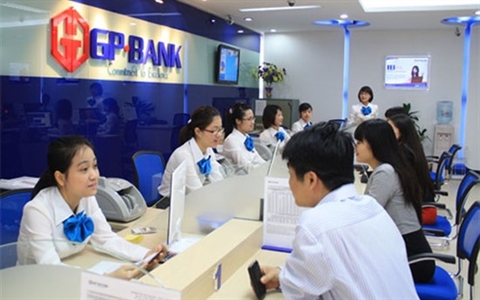 Reuters on December 31, 2013, predicted that the government of Vietnam would release a decision on lifting the ceiling foreign ownership ratio in Vietnamese banks “in some days.”

And the Decree No. 01 on the proportions of stakes foreign investors can hold in Vietnamese banks was issued just some days later. The decree stipulates that the total foreign ownership ratio in a Vietnamese bank must not be higher than 30 percent of the bank’s chartered capital.

In some exceptional cases, a bank can sell more than 30 percent of its stakes to foreign investors, provided that this is approved by the Prime Minister.

“Exceptional cases” should be understood as the weak banks that have to go the compulsory restructuring which the government thinks would go successful if foreign investors join the process.

Analysts have commented that the regulation would serve as the “legal door” to be opened for GP Bank to sell to foreign investors.

In fact, GP Bank has been negotiating for the sale of its stakes to a foreign bank - United Overseas Bank from Singapore – for the last several months already.

Opinions from the well informed circle said the two sides just need to reach a consensus about the prices and the affair would be wrapped up after February 20, 2014, when the decree takes effects.

Nguyen Thuy Duong, a senior executive of Ernst & Young Vietnam, commented that if the GP Bank – UOB deal succeeds, this would help make the bank M&A market more bustling in the time to come.

However, Le Xuan Nghia, Head of the Business Development Institute, noted that big foreign finance institutions are not interested in small banks and they only want big banks.

Meanwhile, they nearly do not have the opportunities to buy big banks because there is no more “room” for them there. A lot of banks have sold out 30 percent of their stakes to foreign investors already.

HD Bank President Le Thi Bang Tam declined to give the names of the foreign investors, but said three Japanese investors are the most likely candidates

The State Bank of Vietnam has decided that from June 2014, commercial banks would have to follow the new stricter standards in classifying debts and obey a series of new regulations on the capital safety ratio.

Nghia has confirmed that there is a high demand from domestic banks for seeking the investment partners who have big capital.

He also noted that the stricter requirements on the corporate governance would also encourage domestic bankers to look for foreigners.

However, Nghia, when affirming the increasingly high demand for foreign strategic partners, said this may not attract foreign investors.

“The obstacles here are the limited foreign ownership ratio and the lack of transparency in the banking sector in Vietnam,” Nghia said.