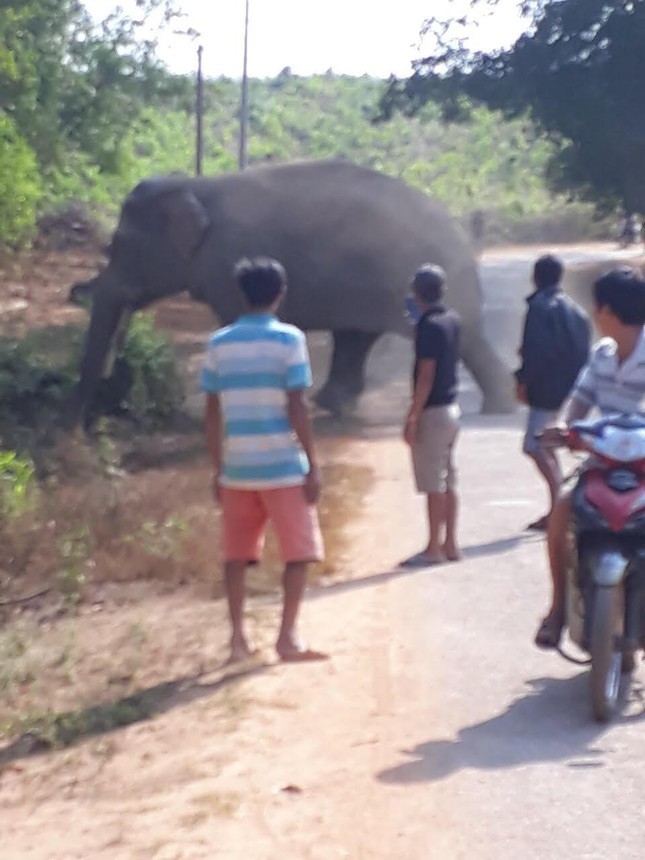 An additional 25-km solar electric fencing system is being installed in southern Dong Nai Province's forest to prevent conflicts between elephants from the Natural and Cultural Reserve and nearby villagers.

The fences are built in some areas in Dinh Quan District which border the Cat Tien National Park.

It is expected that the fence will be completed next October, raising the length of the fencing to 75 kilometres.

Construction of the fencing, the first of its kind in the country, was started in 2012 with an aim to help protect both local residents and the dwindling elephant population.

It will enable the control of animals via sharp, but safe shocks, sufficiently memorable to prevent repeat offences.

Dong Nai currently has 14 elephants, including male, female and calves, living in an area of about 30,000ha of forest protected by reserve staff.

People in Dinh Quan District have continued to complain about more crops being destroyed by wild elephants. The problem has further worsened over the past six months.

According to local residents, wild elephants used to appear in groups of two or three at night in the commune; but recently, the number has risen to 5-6 elephants, with the group even coming to local villages during the day.

Many wild elephants in the area have been killed by poisoning.

Elephant rides for tourists in Dak Lak to end soon

Dak Lak will put an end to activities affecting the welfare of domestic elephants, including tourist elephant rides, competitions for elephants, marches for hours, or recreation of hunting and taming scenes with elephants.