Following Zara and H&M, Uniqlo has arrived in Hanoi following its earlier opening in HCM City.

The Vietnamese fashion retail market is attractive to foreign companies as Bangkok and Singapore are getting saturated. Vietnam has a high percentage of young consumers who spend a lot of money and favor foreign brands. 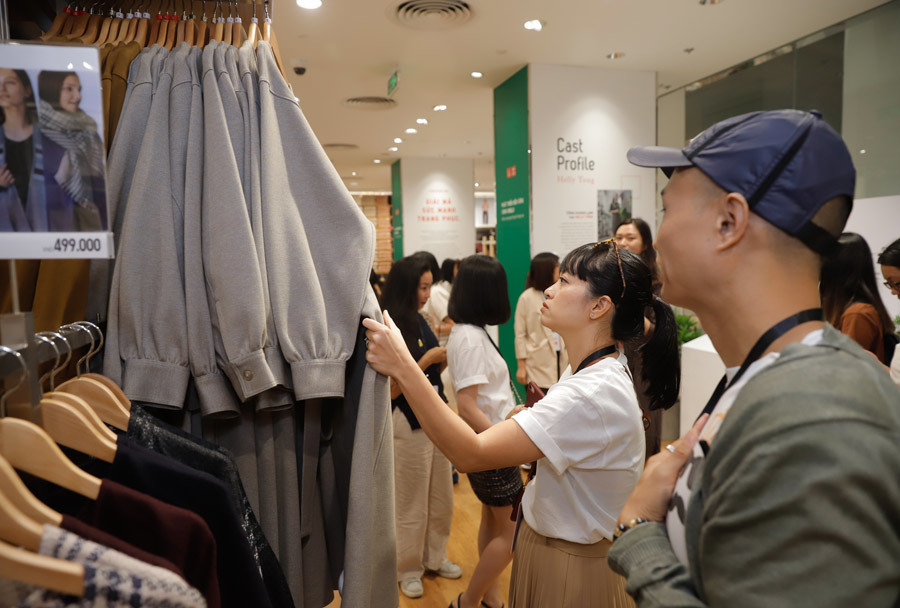 Vietnam is among the top 10 economies with the highest growth rates of ultra-healthy people in 2012-2017, about 12.7 percent per annum, according to Wealth-X. The figure is just lower than Bangladesh (17.3 percent) and China (13.4 percent).

BUT 97 percent of revenue is from non-luxury goods.

Coming to Vietnam early, Zara (2016) and H&M (2017) are the two best known names in the Vietnamese fast fashion market. H&M has outstripped Zara in the expansion speed with eight shops in key cities of Vietnam, while the Zara brand from Spain is running two shops in Hanoi and HCM City.

In December 2019, the Japanese brand Uniqlo opened its first shop in HCM City. Cotton:On, the Australian fashion brand, with 1,400 shops in 19 countries, has also joined the Vietnamese market. Meanwhile, GAP, Topshop and Mango have been expanding their network.

Most the brands open in the Hanoi market after gaining success in HCM City. Following H&M and Zara, Uniqlo has officially inaugurated its shop covering an area of 2,500 square meters.

Foreign brands have reaped big success in Vietnam after they arrived. H&M’s turnover in 2018 was $28 million, or VND664 billion. The 2018 finance report of Mitra Adiperkasa (MAP), the company which owns the Zara brand, also showed that the company’s revenue increased by 1.7 times compared with 2017.

He said Uniqlo’s production activities are mostly carried out in China, but the company is trying strengthen production in Vietnam, Indonesia and India.

While foreign brands have been expanding, Vietnamese brands have begun shrinking. Ninomaxx, N&M, Blue Exchange, PT 2000, Việt Thy, Ha Gattini and Sẽnorita have seen their numbers of shops decreasing rapidly and have had to change their business model.

Only a few Vietnamese brands still exist in the market, such as Viet Tien, Nha Be, An Phuoc and Garment Co No 10. However, the companies mostly provide products for office workers.

Foci, which once developed strongly with 60 shops, disappeared after 10 years of existence.

Wearing a mask is now no longer an option, it's a must when outdoors due to the COVID-19 pandemic and with a new must-have accessory, comes new fashion.