The textbook was written by a group of famous authors, headed by Nguyen Minh Thuyet, who is also the chief editor of the new general education program. 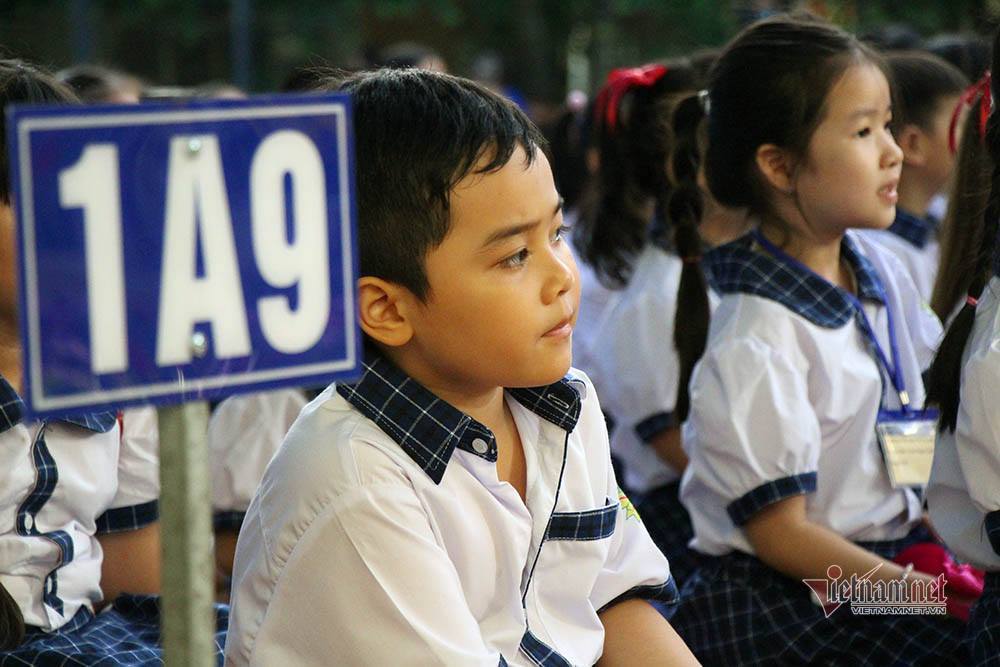 Some parents said that the story ‘Ve va ga’ (Cicada and cock) cited in the textbook is a fabricated story, because La Fontaine doesn’t have this story as the citation shows.

The story says that Stork came to see Crab and asked Crab to go fishing with him because no fish were left. Stork persuaded Crab that the lake was very large and there would be many fish to catch. Crab agreed. Stork carried Crab to a small mound. It pecked on Crab. Crab then clamped on Stork’s neck. Stork implored Crab. Crab then forced Stork to take him to the old lake.

As for another text, parents believe that the text about ‘class meeting’ is insignificant to first graders, because only adult people have ‘class reunion meetings’.

Some parents even sent letters to Thuyet, saying that the existence of such content in a textbook for first graders is worrying.

“Man is innately good. I wonder why small children are taught such things like in the story about two horses. What are the purposes of education then?” a parent wrote on an education forum.

“We are teaching children to prevent evil, or teach them to do evil, from a young age? Or do we teach children skills to survive in contemporary society in Vietnam from an early age?” he questioned.

In reply, Thuyet said the authors had their own views when compiling the textbook.

“We worked on it (the textbook) very carefully,” he said.

Regarding the story about two horses, Thuyet said that it was adapted from a story by Leo Tolstoy, the Vietnamese version translated by Thuy Toan. The plot is kept intact. But as the original story is long, the authors decided to divide it in two parts.

“A great writer like Leo Tolstoy never wrote gossip or anti-educational story. The meaning of this story is that if you want others to do something wrong, you will bear the consequences,” Thuyet said.

On the parents’ opinion that the story Crab, Stork and Fish teaches children to become ‘clear in a petty way’, Thuyet said it is from Vietnamese folklore.

“Some people may think that the lesson teaches children to become crafty, but others can learn a lesson and become wary,” he said.