More than 10 sugar mills shut down because of big losses 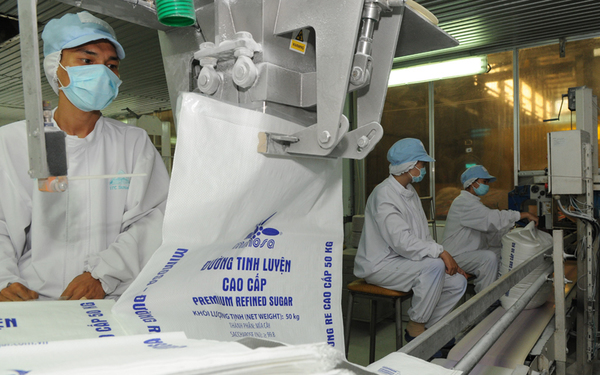 After ATIGA (ASEAN Trade in Goods Agreement) took effect, the tariff on sugar imports to Vietnam was slashed from 85 percent to 5 percent. As a result, while domestic output was in excess, Vietnam still had a trade deficit of 884,285 tons of sugar a year.

In the 2019-2020 crop, the sugarcane growing area decreased by another 15-20 percent, which raised concern about material shortages for sugar mills.

Only 29 out of 40 sugar mills are still operational. The total sugarcane output is 5.29 million tons, or 530,000 tons of sugar.
.
Nguyen Cam Trang, deputy director of the Import-Export Department under the Ministry of Industry and Trade (MOIT), said at a workshop on the opportunities and challenges for the sugar industry on March 23 that Vietnam is one of the biggest sugar producers and consumers. It can put out 1-1.3 million tons a year, while demand for direct consumption and food processing is 2 million tons.

According to the General Department of Customs (GDC) in 2017-2019, Vietnam imported 200,000-400,000 tons of sugar. However, the tariff removal to implement ATIGA has had a big impact on domestic production and import.

As Thailand subsidizes its sugar industry, Thai sugar imports have low prices with which Vietnam-made sugar mills cannot compete, including the mills which buy sugarcane at low prices from farmers.

The low sugarcane prices led to a sharp fall in sugarcane growing area, from 300,000 hectares to below 160,000, and in number of sugar mills, from 41 to 29. The mills are operating at a moderate level because the material supply just can meet 50 percent of demand.

On February 9, 2021, MOIT released a decision on applying temporary anti-subsidy and anti-dumping duties on sugar imports from Thailand, 48.88 percent on refined sugar and 33.88 percent on raw sugar.

The move, according to Nguyen Van Loc, acting secretary of the Vietnam Sugar and Sugar Cane Association, is in line with the rules of the WTO (World Trade Organization) and Vietnamese laws.

The investigations found subsidization and dumping, causing serious damage to Vietnam’s sugar industry with 50 percent of sugarcane growing households unable to continue production and one-third of sugar mills having to shut down.

“The anti-dumping duty imposition has made a timely intervention which is like a ‘lifebuoy’ appearing when the sugar industry is ‘having a close brush with death’,” Loc said.

With an appropriate anti-dumping duty, domestic sugar prices will be equal to that in the region, helping farmers and sugar mills to develop in a fair and transparent environment.

However, as the industry has suffered heavily, it will take a lot of time to recover.

But he said that Vietnam’s enterprises can compete fairly with rivals.

The move will help to recover the material growing area. When the sugar price is higher for sugar mills, they will buy sugarcane at a higher price. If so, farmers will feel secure and try to improve yield and quality.

Some sugar mills have begun increasing the sugarcane purchasing prices in the 2020-2021 crop. Lam Son, for example, pays VND1 million per ton, or VND150,000 per ton higher than the previous crop.

In the long term, the sugar industry will not only make sugar but other products as well to optimize profits.

Dinh Duy Vuot, a National Assembly Deputy from Gia Lai, said the sugar price surged by VND100,000-200,000 per ton, which allowed farmers to make a profit of VND30-50 million per hectare.

The sugar price has increased by nearly 50 percent, or VND4,000 per kilogram over 2020. In previous crops, farmers incurred losses, broke even or made modest profits.

However, he said in order to help the sugar industry develop in a sustainable way and compete fairly with Thailand, it is necessary to apply comprehensive measures, especially state support for farmers. It is also necessary to stop trade fraud to prevent smuggled sugar products from entering Vietnam.

Mekong Delta provinces are entering a bitter sugarcane crop when the selling prices of sugarcane are equal to the cost prices. After more than eight months of cultivation, farmers earn almost nothing on their land.

The sugar industry is facing many challenges and unfair competition from imported and smuggled goods, experts told a conference held in Hanoi on December 1.