The Hanoi Marathon - Heritage Race will return to the capital city of Hanoi on October 10 with the competition of more than 5,000 runners. 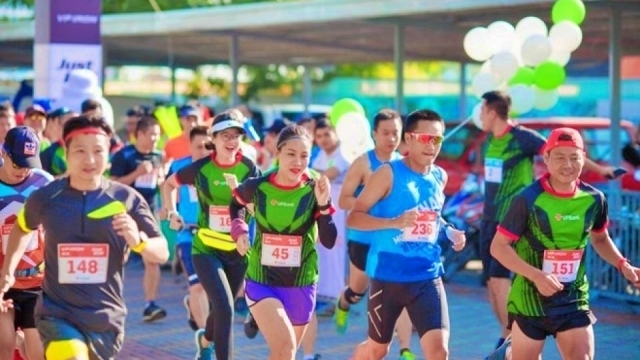 Aside from the spiritual attractions of Hanoi, including Hoan Kiem (Sword) Lake, West Lake, Long Bien Bridge, and the President Ho Chi Minh Mausoleum, which were adored by many of the competitors in the 2018 event, this year’s race course will allow the athletes to discover more of Hanoi through the Hanoi Opera House, the thousand-year-old Temple of Literature, Truc Bach Lake, and the ancient copper-wielding village of Ngu Xa.

Participating runners will compete in four categories, the 42-km marathon, 21-km half marathon, 10-km and 5-km runs, which all start from the Ly Thai To Park.

With its new and improved race course, the event is expected to promote the beauty of Hanoi among international friends and contribute to boost the city’s tourism industry.

The event, the second of its kind, was co-organised by the Hanoi City Department of Culture and Sports, the Vietnam Athletics Federation, the Dai Bieu Nhan Dan (People’s Deputies) newspaper, the DHA Limited Company and the Vietnam Prosperity Joint Stock Commercial Bank (VPBank).