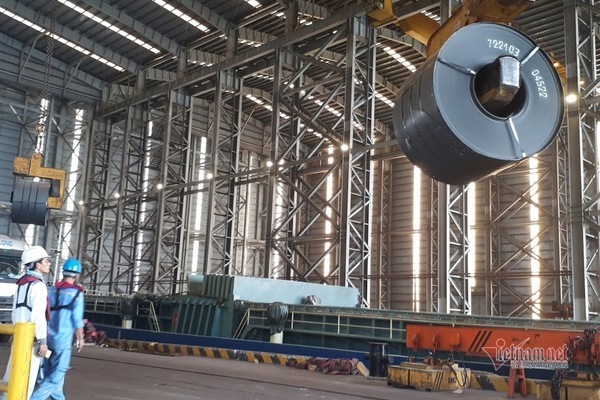 The statistics released by General Statistics Office on June 29 showed that 67,100 businesses were established in the first half of the year, an increase of 8.1 percent over the same period last year. The total registered capital was 34.3 percent higher.

The increase in number and capital of newly set up businesses shows the efforts and entrepreneurial spirit of the business community amid the complicated developments of the pandemic.

As such, in H1, Vietnam had 93,200 newly set up businesses and businesses coming back to operation, up by 6.9 percent over the same period last year. The average capital of one newly registered business was VND14.1 billion, up by 24.2 percent.

The survey on business trends of enterprises in the manufacturing and processing industry in Q2 found positive signs with 68.2 percent of enterprises saying that the production and business results in Q2 2021 were better than Q1.

Also in June, as many as 4,867 businesses resumed operation, a decrease of 0.5 percent from the previous month and 2.6 percent from the same period last year. Meanwhile, 3,867 businesses registered business suspension for definite time, up by 13.7 percent and 20.2 percent, respectively. As many as 5,238 businesses stopped operation while following procedures to get dissolved, up by 23.7 percent and 36.3 percent, respectively. As for the businesses completing the procedures for dissolution, the figures were 1,919, 50 percent and 40.3 percent.

Up to 30.5 percent of enterprises in processing and manufacturing industry said in a survey about business performance in Q2 that the situation was better than in Q1, and 37.7 percent said production and businesse were stable and 31.8 percent said they were facing difficulties.

Tran Tuan Anh, director of a three-star hotel in HCM City’s District 1, said hopes of a business revival after earlier waves of COVID-19 were contained have vanished with the latest outbreak, and bankruptcy looms.