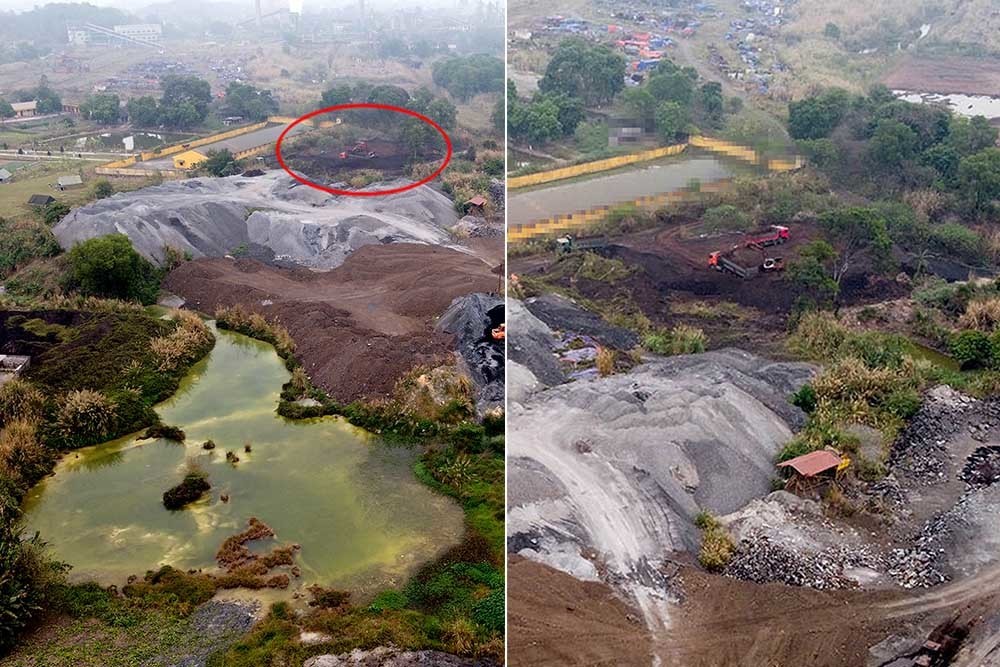 Giang on March 10 signed a document to answer questions raised by VietNamNet about the mountain of furnace dust left outdoors in the middle of Thai Nguyen City.

The document says the owner of waste source has to register with the local department of natural resources and the environment and sign contracts with licensed units to treat hazardous waste, or treat the waste itself if it has equipment satisfyingrequirements and has licenses to do this.

The local environment department affirmed that the furnace dust generated during the iron and steel refining is hazardous waste, which must be managed strictly in accordance with the stipulated procedure.

According to the Thai Nguyen Department of Natural Resources and the Environment, two mills are branches of Tisco have furnace dust - Luu Xa steel refining mill and the pig iron mill.

The volume of furnace dust from Luu Xa mill is 3,600 tons a year.

The mill reported that more than 2,500 tons of furnace waste were generated in 2020. Of this, 1,500 tons have been carried away for treatment, while the remaining is still kept at the yards.

As for the pig iron mill, the local environment department estimates that 4,800 tons of furnace dust is generated a year. It is allowed to treat dust in the blast furnace. In 2020, it treated 6,000 tons of dust.

However, it stopped the treatment in January, and plans to transfer the dust to licensed companies to treat it. The volume of furnace dust left is gathered at the 500 square meter warehouse and the outdoor yard covered with canvas.

However, VietNamNet in late February 2021 found that thousands of tons furnace dust were left in the open air, with no cover as reported by the environment department.

Asked about the amount of furnace dust accumulated over many years, Giang said the department has not received a report about this.