The catfish industry, which can bring turnover of billions of dollars a year, is in danger. 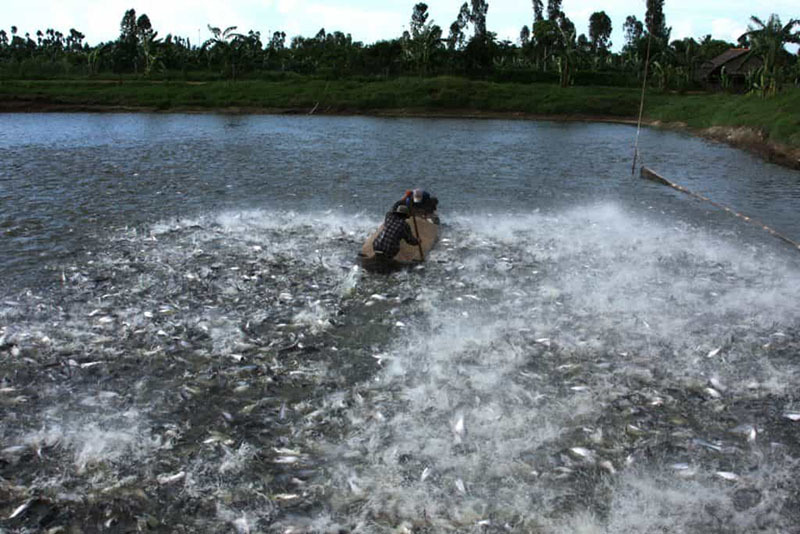 Compared with the same periods last year, the harvested amount dropped by 20 percent in July and by 44 percent in August. In the first half of September, the figure plummeted by 77 percent.

This has led to large unmarketable amount of catfish and forced prices down to VND21,000-22,000 per kilogram.

As of early September, 52 out of 106 catfish processing plants in An Giang, Dong Thap, Can Tho, Hau Giang and Vinh Long had to suspend operation, over 70 percent of workers had to take unpaid leave. Other plants maintained operation with just 30-40 percent of capacity.

Nguyen Van Liet, Deputy Chair of Vinh Long, said the province still has 20,000 tons of catfish unsold, while it only has two catfish processing plants.

Tiep said companies are facing difficulties because of higher production costs, caused by the increase in input material prices and transportation costs. Enterprises lack materials for processing and workers to maintain production and increase processing capacity.

“It’s now late September. If we cannot recover the catfish production chain immediately, we will have no time to implement year-end orders,” he warned.

To Thi Tuong Lan, Deputy Secretary of Vietnam Association of Seafood Exporters and Producers (VASEP), said many enterprises may fail to implement orders and they dare not take new orders for year-end and the early 2022 sale season.

Farmers have stopped stocking for two months, so experts have reasons to warn of breeder and material shortage.

According to Lan, it’s necessary to replace the ‘three on-the-site’ production mode with more effective solutions which will reduce costs and ensure safety for workers.

She suggested allowing processing plants with 60 percent of employees fully vaccinated and a facility meeting requirements of the Ministry of Health be allowed to run at full capacity.

Minister of Agriculture Le Minh Hoan said at a recent conference that the two goals – developing the economy and fighting the pandemic - must be in harmony. “The word ‘flexibility’ is the way out for us,” he said.

Nearly 25 Vietnamese companies exporting basa fish have withdrawn from the EU market since the beginning of the year.

Basa fish exporters recorded positive growth in the first months of the year, but are now facing escalating prices and costs.