Multibillion-dollar projects exist on paper only 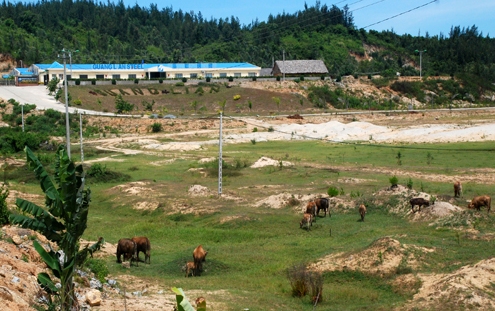 More and more huge projects capitalized at $4-5 billion to $10 billion have been registered, for which the provincial authorities have received acclaim.

However, many of the projects have never been implemented.

In a report about the local economic integration capability released by the Ministry of Industry and Trade’s National Committee on International Economic Cooperation, Nguyen Thanh Trung, head of the research team, said provincial authorities have had to make choices between short-term solutions and long-term development plans.

In Vietnam, a term of office lasts four to five years, while officials needs to have a long term vision for 20, 30 or even 50 years when drawing up local economic development plans.

As a result, the leaders focus on short-term plans while forgetting about long-term strategies.

Nguyen Mai, chair of the Vietnam Association of Foreign Invested Enterprises (VAFIE), noted that in many cases, projects were registered with capital of billions of dollars, but the disbursed money comes in dribs and drabs, which have no positive influence on the local economies.

“In many localities, provincial authorities just try to attract FDI to achieve a higher GDP,” Mai said, adding that the projects are not the driving force that develops local economies.

The northern province of Vinh Phuc, for example, has been very successful in attracting FDI.

The largest project in the province has investment capital of $500 million only. However, the local economy has developed well, with FDI projects bringing tens of trillions of dong to the state budget.