Hanoi’s My Dinh Stadium is being upgraded to host the 31st SEA Games which will be held in late 2021.

The opening for the SEA Games 2021, track and field competitions and the final match of men's football will be held at My Dinh Stadium. However, after 17 years, many parts of My Dinh Stadium have deteriorated badly and in need of a repair. 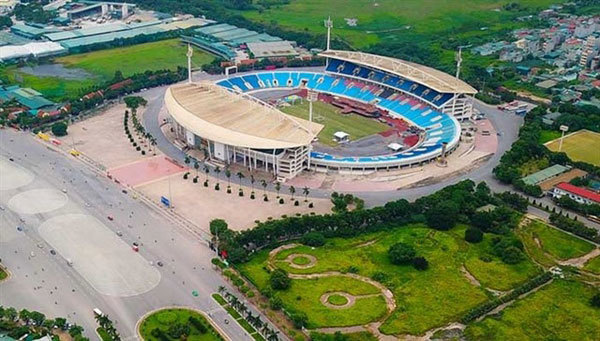 Nguyen Trong Ho, director of My Dinh Stadium Complex said after getting the approval from the Ministry of Sports, Culture and Tourism and the Vietnam Sports Administration, they had started repairing the stadium.

"The stadium was put into operation in 2003 for 22nd SEA Games. It was built on low-lying terrain so we have spotted subsidence in two places. The repairs started in October and will be completed in June or July, 2021 so that it can be opened for pre-SEA Games matches in August," he said.

The stadium has a capacity of 44,000. C and D seating areas will be repaired at the cost of VND150bn. Hundreds of workers are working to repair and upgrade the stands. The lighting and electronic scoreboards will also be replaced.