NA Chairman sets off for official visits to RoK, India 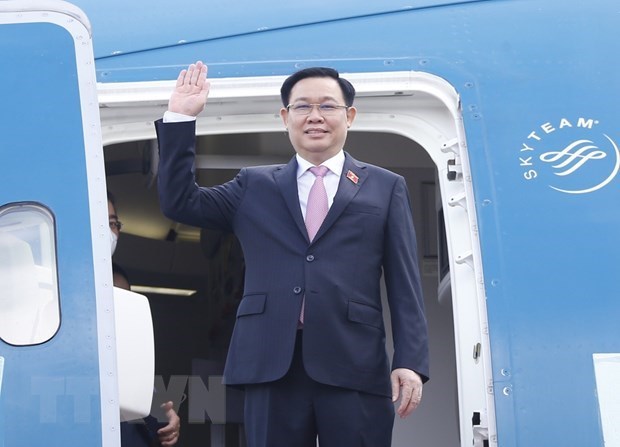 The visits, which will last from December 12-19, are being made at the invitations of Speaker of the Korean National Assembly Park Byeong-seug, Speaker of the Lok Sabha (House of Representatives) of India Om Birla, and Chairman of the Rajya Sabha (Upper House) of India Venkaiah Naidu.

Hue is accompanied by Deputy Prime Minister Le Minh Khai; Secretary General of the NA and Head of the NA Office Bui Van Cuong; Chairman of the NA Committee for External Relations Vu Hai Ha; and Head of the NA Standing Committee’s Board for Deputy Affairs and President of the Vietnam-RoK Friendship Association Nguyen Thi Thanh.