Questioning the Minister of Education on March 22, many National Assembly deputies expressed their upset over errors in printing the national flags and maps on reference books.

VietNamNet Bridge - Questioning the Minister of Education on March 22, many National Assembly deputies expressed their upset over errors in printing the national flags and maps on reference books. They also suggest adding knowledge of sovereign of the Hoang Sa (Paracels) and Truong Sa (Spratlys) archipelagoes into textbooks. 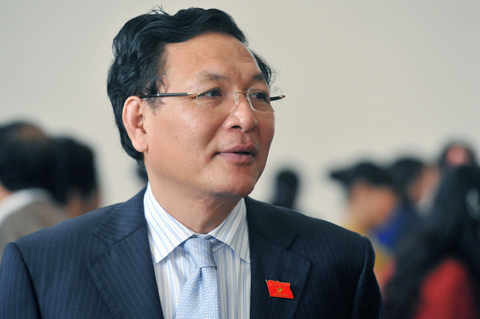 
In the Q&A session against Education Minister Pham Vu Luan, many NA deputies expressed their worry about serious errors in printing activities. Vice Chair of the NA Legal Committee – Mr. Le Minh Thong – said that recently some books were detected to print Chinese flags and the Vietnam maps without the Hoang Sa and Truong Sa archipelagoes.

The book without the Hoang Sa and Truong Sa archipelagoes, according to Minister Luan, is the book of the Education Publishing House. This book has the two archipelagoes but they are very small. He said that this error would be fixed very soon.

However, the answer of the Education Minister did not fit with the question when he almost repeated the answer to Deputy Le Minh Thong and promised to “correct.”

Deputy Truong Trong Nghia asked: “Why can’t Vietnam write spelling books but have to print from Chinese samples?” Minister Luan said good books are still encouraged to be translated from Chinese into Vietnamese. He said the Ministry could not control the publication of reference books of publishers because they operate under the Law on Publication. For its part, the Ministry would set up technical barriers to prevent low-quality books from entering schools.

Regards to the quality of education, Deputy Ngo Van Minh questioned: "Why does not the Ministry have solutions for famous universities in the world to open its branches in Vietnam?"

Minister Pham Vu Luan said the policy encouraging foreign universities in Vietnam is available. Two universities of Germany and France have been built in Binh Duong province and Hanoi. In addition, the Ministry has allowed Vietnamese universities to offer joint training programs. At present there are 40 programs in cooperation with foreign partners.