Among the total of 31 players called up for the first training camp of the year, there are eight from Vinacomin FC, 10 from Ho Chi Minh City FC, 10 from Hanoi FC and three from Phong Phu Ha Nam FC.

“Together with the rejuvenation of the squad, the purpose of this gathering is to enable young players such as Chau Thi Vang and Nguyen Thi Hoa to get accustomed to the training style at the national team level. Those are very promising and talented players,” head coach Mai Duc Chung said. 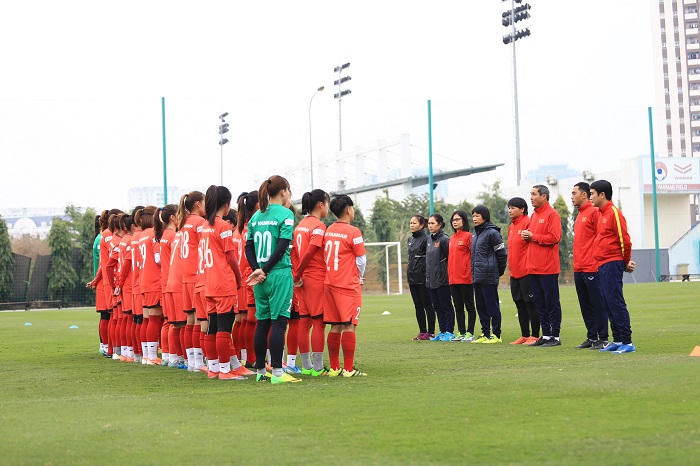 He stated that after three weeks of tactical, technical and fitness training, the national team will play some friendly matches with veteran teams at the end of this month.

“Following the conclusion of the national championship, the players were almost completely rested, with only some maintaining slight training. Therefore, the players’ fitness has dropped quite a lot. In this gathering, we will work to improve physical strength as well as tactics and techniques,” Chung stated.

Sharing the team’s plans in 2021, he said: “After the Lunar New Year, if the COVID-19 does not evolve complicatedly, we will convene further gatherings and expect to have an overseas training camp to prepare for the AFF Cup, the AFC Women’s Championship qualifiers and the 31st Southeast Asian (SEA) Games”. 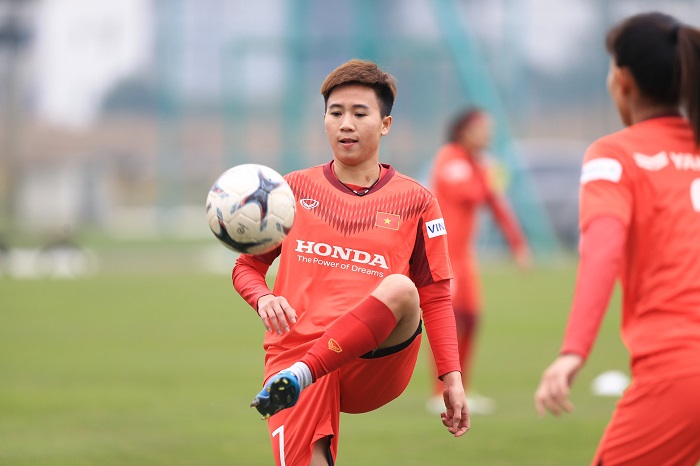 Responding to the reporters’ query regarding difficulties in the roadmap towards securing a place in the 2023 FIFA Women’s World Cup, Chung admitted that it would be extremely difficult as Vietnam will face tough opponents such as Thailand, Chinese Taipei, Iran, Uzbekistan and India.

“The Vietnamese team have rejuvenated the squad for a period of time and will have to quickly improve even further,” he said.

On the afternoon of January 3, Chung’s troops commenced their first training session of the one-month gathering. Nhan Dan

The Vietnamese national women’s football team have ended the year by being ranked among the five leading teams in Asia, according to the final rankings of the year released by FIFA.