According to the Ministry of Agriculture and Rural Development (MARD), after the decision, the ministry quickly began closing natural forests in 58 cities/provinces and promulgated seven circulars guiding the implementation of the Forestry Law. 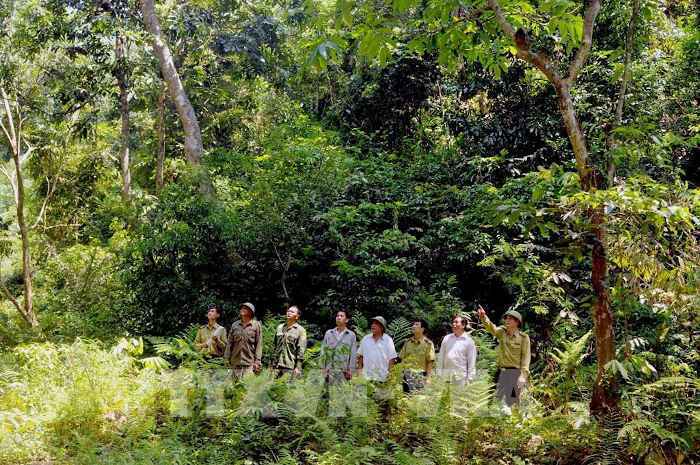 Since 2017, MARD has asked local authorities to stop licensing the projects on timber exploitation in natural forests throughout the country, including projects of companies which have international certificates on sustainable forest management.

In 2011-2015, before the natural forest closure moment, the country discovered 27,265 cases of violating the laws on forest protection and development each year. The average damaged forest area was 2,648 hectares per annum.

In 2016-2018, the number of violation cases decreased by 35 percent, of which 363 cases were brought to criminal proceedings, while the average damaged forest area was 2,328 hectares per annum, decreasing by 29 percent compared with 2011-2015 average level.

The area of forestland meeting standards to calculate the coverage area in the country reached 13.8 million hectares and the coverage level was 41.89 percent, an increase of 0.7 percent compared with 2016.

The northern region, comprising 31 provinces, had 8,793,961 hectares of land with forests, which accounts for 60.68 percent of the country’s total forest area. The average forest coverage in provinces was 49.9 percent in 2018.

As of November 2019, northern provinces reported 5,912 causes of violating the provisions of the Law on Forestry, down by 662 cases, or 10 percent, compared with the same period 2018.

The report on forest status released in 2018 by MARD showed that the total forestland area in was 2.5 million hectares in the Central Highlands. The forest area there has increased again, stopping the forest area decline which was seen in the last 45 years, since 1975.

According to General Director of the Vietnam Administration of Forestry Nguyen Quoc Tri, when implementing the natural forest closure, forest rangers have made fundamental changes to adapt to the new circumstances. They now pay more attention to helping locals develop forests and encourage forestry expansion.

In 2017 alone, VND332 billion was allocated to local authorities to help forest owners offset the profit decline caused by the interruption of natural forest exploitation.

If you have yet to visit Tra Su cajuput forest in the flooding season, you should do it in summer, when sudden rains start to ease the dry weather.

Several forest areas in the central province of Khanh Hoa are facing high risk of fire due to prolonged droughts and extremely hot weather.