Contrary to real estate investors and businesses’ expectations, one year after the Formula 1 race track kicked off, the real estate market in Hanoi remains at a standstill.

One year ago, in March 2019, the groundbreaking ceremony for the construction of the F1 race track was held by the Hanoi People's Committee and the Vietnam Grand Prix Company in Nam Tu Liem District. 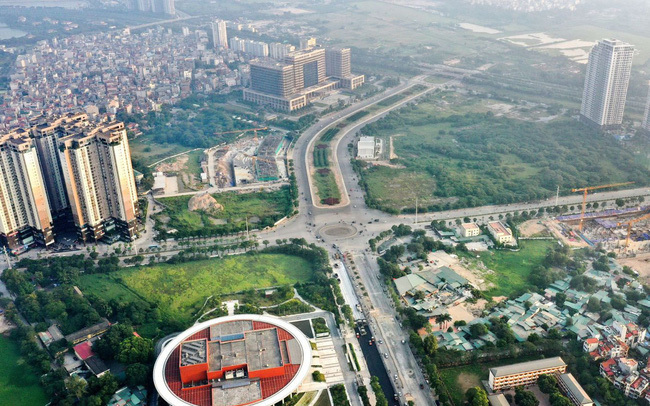 A part of the area is located on the campus of the My Dinh Sports Complex, while the other part is on public roads on the streets of Le Quang Dao and Le Duc Tho, belonging to 4 wards in Nam Tu Liem district, namely Phu Do, Me Tri, My Dinh 1 and My Dinh 2.

As of the end of February 2019, the execution of all the 5.607 kilometers of the F1 race track in Hanoi and associated fixed items had been completed.

Over the last year, ‘F1 race’ was the key phrase that all real estate brokers used to persuade people to buy properties in the area.

The brokers said real estate products in the area would see sharp price increases when the race track was completed. They said the F1 race would lead to more commercial works in the future.

However, only very slight price increases have been reported for the housing projects in the area. Florence, The Matrix One and The Zei projects have only seen mild increases of 2-5 percent.

Meanwhile, the prices of old apartments built some years ago remain the same. Some analysts said the liquidity of the products is not high because of plentiful supply in the area.

According to Do Thu Hang from Savills Hanoi, the apartment and land markets now show positive signs because of the strong development of infrastructure in Hanoi. A series of transport projects and entertainment utilities have been built with the state’s money or capital from different sources.