New policies to cause big changes to vehicle market in 2020

Cars will have to re-test their emissions and teaching driving will be tightened. In addition, car imports from the EU will bear lower tariffs.

1/ On January 1, 2020, the Law on Preventing and Controlling the Harms of Alcohol and Beer 2019 took effect which prohibits people with alcohol concentration to drive vehicles. 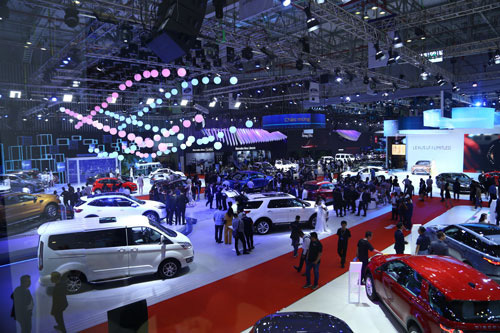 This means that all the behaviors of driving vehicles, including road motor vehicles (cars, tractors, motorcycles, electric motorcycles, motorbikes) and rudimentary road vehicles (bicycles, cyclos and animal-drawn vehicles) after drinking alcohol and beer will be prohibited.

2/ Motorbikes will also have to have energy labels. The Ministry of Transport (MOT) has released Circular 59 guiding the energy labeling for motorbikes made and assembled domestically, and imports.

The units that make and import motorbikes have to publicize information about the fuel consumption level before labeling. The energy labelling must be maintained by production, import and trade facilities until products are delivered to customers.

3/ Cars will have to satisfy the new emission standards.

On March 28, 2019, the Prime Minister released Decision 16 setting up the roadmap for applying emission standards for cars in circulation and used car imports.

The next-generation cars will apply the Levels 4 and 5.

This means that from January 1, 2020, the cars made in 2008 onwards will have to satisfy the higher emission standards to be eligible for a license to join traffic.

According to the Vietnam Register, there are over 3.5 million cars in Vietnam. In 2020, it is expected that over 2.4 million cars made after 2008 will have to satisfy the new emission standards.

4/ The new driving license model with QR code will be applied from June 1, 2020.

The driving licenses granted prior to December 1, 2019 will still be valid in accordance with the time shown in the licenses.

5/ MOT has released a new legal document amending some regulations on the training and granting driving licenses.

Under the new regulation, trainees will have to examined by handling situations on simulation software.

6/Vietnam will open its market to the cars from the EU under the EU-Vietnam FTA.

The imports with the cylinder capacity of over 3.0 L from the EU will begin enjoying the tariff cuts step by step for nine years. After nine years, the tariffs on the cars from EU will be cut to zero percent, the same with the imports from Thailand and Indonesia currently.

Car dealers at many firms in Vietnam are complaining about slow sales as it approaches the end of 2019.