There is a new FDI capital flow heading for Southeast Asian countries, but analysts say it is not easy for Vietnam to grab the opportunities.

Pham Chi Lan, a respected economist, while affirming that Vietnam now has the golden opportunity to attract new FDI, commented that it would be not easy to and that if Vietnam 'cannot sift for gold, it will just get clay'. 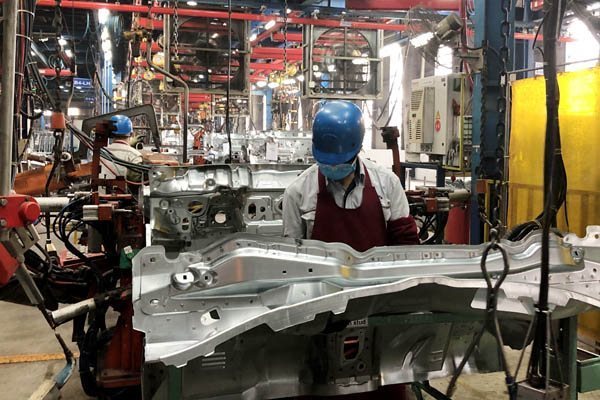 Agreeing with Lan, Nguyen Thi Thu Trang, director of the Center for WTO and Integration Studies under the Vietnam Chamber of Commerce and Industry (VCCI) said whether to grab the golden opportunity will depend on the person who cleans gold out of black sand.

If foreign investors simply relocate their production bases and move all machines and equipment to Vietnam, the country will still continue doing outsourcing for foreign companies.

Trang went on to say that many foreign investors move to Vietnam because they target the large 100 million consumer market. In other words, the presence of foreign investors in Vietnam would put pressure on domestic businesses and increase the competition between foreign and Vietnamese producers.

Do Thi Thuy Huong, chair of Viettronics JSC, an electronics manufacturer, said she still cannot see the opportunities from the new FDI wave.

Phan Huu Thang, a renowned experts on FDI, former director of the Foreign Investment Agency (FIA), said there are signs of land shortage as the IZs in the north and the south don’t have large land funds and have not prepared enough premises for new projects.

“We need to draw up a detailed plan to attract FDI – which projects and which business fields Vietnam needs to attract foreign investments to. From this information, we will design the strategies to attract high technologies, prepare land, software base and labor force for the FDI flow,” Thang said.

Thang recalled the story about inviting Intel to make investment in Vietnam. Government leaders had to negotiate directly with Intel. Similar great efforts are needed now to attract high-quality FDI.

According to Trang of VCCI, Vietnam’s economy has returned to normal sooner than other countries. Vietnam has had high GDP growth rates for many years and it is expecting a positive GDP growth rate this year despite the pandemic.

However, she stressed that Vietnam needs to have a methodical and timely strategy, or the golden opportunity, which ‘comes only once every 100 years’ may be missed.

“Vietnam is not the only country that lusts for FDI,” Trang explained, adding that Vietnam would have to compete with neighboring countries which also show strong determination to entice foreign investments.

Redirection of FDI flows opens up opportunities for HCM City