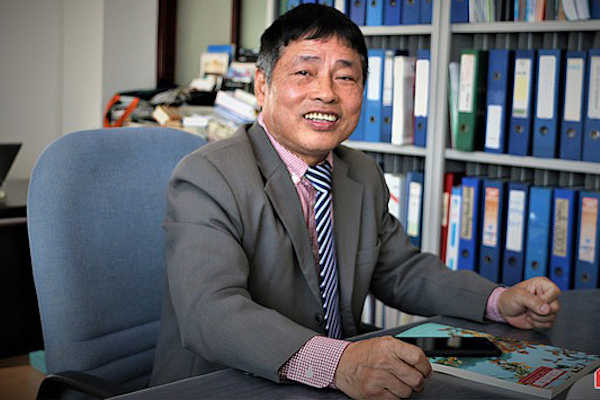 How do you attract so many views and likes?

I don’t intend to draw views and likes when posting my articles. But I want my articles to reach many readers, and be useful to the community and the State.

Meanwhile, many articles draw high numbers of likes and shares because they fit the taste of the majority of people. There are good articles which attract high numbers of readers, but readers don’t like, comment or share the articles. In many cases, writers, in an attempt to attract readers’ attention, have to use unbecoming tactics, such as sensational headlines, suggestive images and violent content.

However, the three factors form a set of tools to measure the value and strength of social networks. It shows the view of individuals and the community via likes, comments and shares. It demonstrates the tremendous power of spreading information of social media.

Thus, you have been a regular user of social networks. And you sometimes also write articles for newspapers. Have you ever noticed the modest numbers of views and likes on ‘mainstream media’ as tentatively called?

I didn’t pay much attention to that. But this is a fact, which forces the leaders of press agencies and journalists to think about this.

There are many topics and issues mentioned in mainstream media coinciding with topics on Facebook, but readers’ interest in the issues is modest. Why?

One of the reasons could be the different ways in approaching the issues. Another reason is that newspapers still could not ‘get down there to the bottom’ and propose radical solutions.

So, in the era of social networks, are there problems existing in operation and business of mainstream media? What are the problems?

Not only the press, but all of us, individuals and the State, have to adapt to the unceasing changes of the society and universe. You cannot live in the 21st century with a 19th century way of thinking.

Social progress requires mainstream media to keep up with the times in terms of technology, time, and satisfy the needs of readers. Looking at the situation realistically, there are many problems that mainstream media has to overcome.

Strength and weakness of press

Could you please name the problems?

I will name six problems as follows:

First, lateness. Newspapers have information, but they cannot transmit information immediately to readers because they still need to wait for directions. That is the reason behind lateness.

Second, the existence of ‘dark’ and ‘gray’ areas. They have information, but since the information is ‘sensitive’, they cannot provide that information. 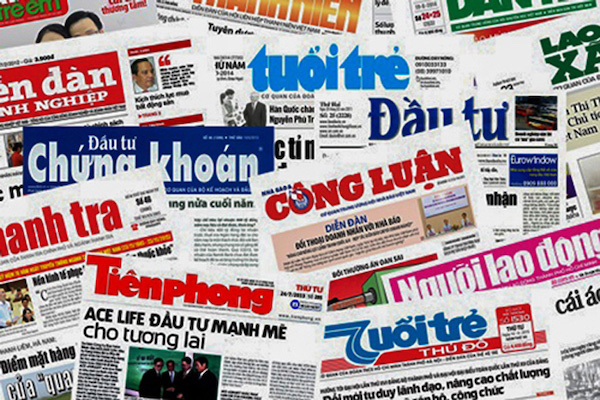 Third, the lack of multi-sided viewpoints. One event and one phenomenon can be seen from different perspectives. Meanwhile, authentic newspapers only report information as directed and they don’t reflect the viewpoints of all subjects. As a result, people have doubts about the inclusiveness of information. This is the most serious problem of mainstream media which affects consumers’ confidence.

Fourth, the limited sphere of operation. The operation of mainstream media mainly serves the state’s policies. Information about the State is just a part of society’s information.

Fifth, mainstream media is low in utilizing technologies and slow in adapting to new circumstances.

Sixth, they bear personnel constraints. Personnel is the most important factor that determines the development of the press. However, the mechanism on personnel recruitment, management and treatment still has many problems. In general, the mechanism still cannot liberalize the true energy of every individual and the whole collective.

How about the advantages of mainstream media?

Mainstream media has powerful advantages which leaders of press agencies should exploit. There are four advantages.

Third, sufficient material facilities, which help information to be transferred in a fastest and best possible way.

Fourth, the staff is well trained and have opportunities to practice. Human resources play the decisive role.

However, because of the sixth shortcoming as said above, the fourth advantage cannot be fully promoted.

So, challenges have been posed for both mainstream media and social media. Will they win, fail or win-win?

Mainstream media and social media have the same nature and purposes. There is no confrontation here, but as you said, they need to win-win.

It is not social network or mainstream media, but it is the authors of articles who sometimes turn themselves into opponents to each other.

Some people have unsuitable viewpoints about social networks. They put social media in the position opposite the state press, and even consider social media as an ‘enemy’. That is an unscientific view, harmful to the state and detrimental to people.

In the past, Kings had to travel incognito to ‘listen’ to the voice of people. And Uncle Ho also traveled to learn the real situation of the society. Nowadays, thanks to social networks, one can hear the voice of all people though they just sit at home.

But how to win-win?

This absolutely depends on state media’s leaders. They need to understand social media well so as not to go against the operation of social networks.

The second thing is fixing the existing problems and leading in providing information, i.e. fixing the No 1 shortcoming – lateness.

I think that the press has been given a new opportunity when Prime Minister Pham Minh Chinh has just come up with a solution for the press – decentralization.

Decentralization will help stop the lateness in providing information. And it will also dispel the No 2 problem – dark and grey area.

The No 3 shortcoming has also found a solution. On June 3, speaking at the Government’s regular meeting, the Prime Minister asked the participants to ‘really think, really do, tell the truth, to get real effects’. Once ‘telling the truth’, multi-dimensional information will be provided.

The No 6 problem – personnel constraints will also be solved when the PM laid down the principle ‘giving power to those who can do it better’ at the working session with HCM City leaders on May 13.