Nghe An: Over 200kg of ivory disappears, four officers arrested

VietNamNet Bridge – The police agency of Vinh City, Nghe An province have arrested four employees of the Vinh City Law Enforcement Department for their connection to the missing of more than 200kg of elephant tusks in the warehouse of this agency.

VietNamNet Bridge – The police agency of Vinh City, Nghe An province have arrested four employees of the Vinh City Law Enforcement Department for their connection to the missing of more than 200kg of elephant tusks in the warehouse of this agency. 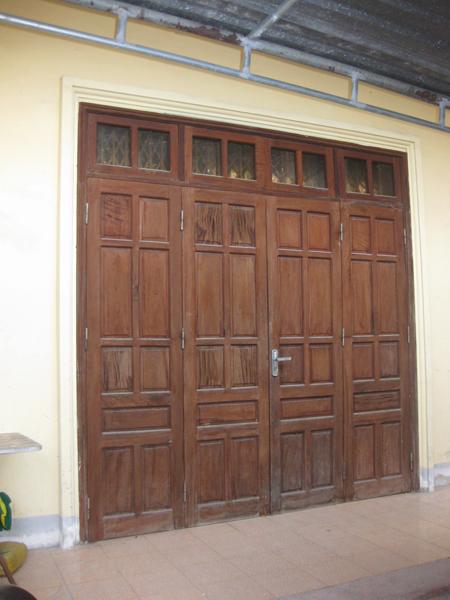 The storage of the Law Enforcement Department of Vinh City, where the ivory was stolen.

According to initial investigation, these people joined hands to steal the ivory, which is the exhibit of a case trialed by the Vinh City People's Court in 2012. It is known that the volume of tusks is about to be auctioned to raise fund for the budget.

Earlier, at 7pm on October 9, a break-in was reported at the Law Enforcement Department of Vinh City, with more than 200kg of elephant tusks was stolen.

Vinh City police investigated the case and defined four employees of the Law Enforcement Department as the culprits. These people were arrested on November 12 and 14.