In a report to the National Assembly’s Economics Committee, MOT Deputy Minister Nguyen Ngoc Dong said the ministry is following procedures related to the national key project, but has been meeting many problems, including credit capital arrangement. 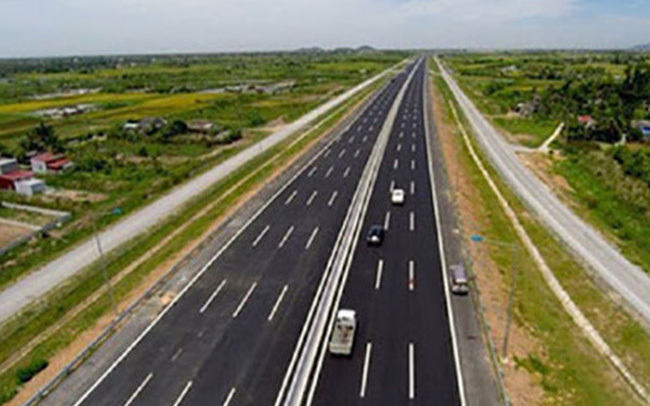 In 2017, when reporting the project to the National Assembly for consideration, the government anticipated difficulties in seeking capital from Vietnamese credit institutions.

In a report to the National Assembly in late 2019, MOT Deputy Minister Nguyen Van The stressed that the domestic credit capital arrangement relied on Vietnamese credit institutions.

The problem was that institutions all had long-term outstanding loans at high levels and mostly used short-term mobilized capital for long-term lending.

Meanwhile, under the State Bank of Vietnam’s (SBV) regulations, the proportion of short-term capital banks that can be used for long-term lending began decreasing to 40 percent on January 1, 2018 and will decrease further in the next years.

At that time, MOT Minister said that in an effort to create favorable conditions to seek credit capital for the project, the government instructed SBV to join forces with relevant ministries and branches to evaluate the impact and suggest reasonable solutions to ensure sufficient capital needed for project implementation.

In the latest report, Dong cited an SBV report released in mid-February 2020 as stating that BOT and BT projects in the transport sector have large scale, require huge investments and long-term capital, while commercial banks mostly have short-term capital. This leads to difficulties in capital arrangement.

Commercial banks have been following a roadmap step by step reducing the proportion of short-term capital used for long term lending in order to ensure the stability of the monetary policy and the laws on credit.

The problems also lie in the fact that the problems related to BOT and BT projects have not been settled, while state-owned banks have not fulfilled the process of increasing charter capital and credit institutions have found it difficult to consider funding new projects.

The implementation of some transport BOT projects recently shows that when a risk sharing mechanism has not been applied, it is very difficult to mobilize capital. The difficulty can also be seen in financially feasible projects including the Trung Luong – My Thuan Highway.

The enterprises shortlisted for the North-South Expressway project are mostly contractors who have good execution capability but don’t have strong financial capability. Therefore, seeking capital to implement the project is a difficult task.

The People’s Committee of the southeastern province of Dong Nai has petitioned Prime Minister Nguyen Xuan Phuc to approve the widening of the HCM City-Long Thanh-Dau Giay Expressway to 10-12 lanes from four lanes.

The 13 localities the North-South Expressway runs through have sped up land clearance to hand over land for the project before June 30.