Many large corporations want to develop offshore wind power projects in Vietnam, but existing bottlenecks have made them hesitant to proceed. 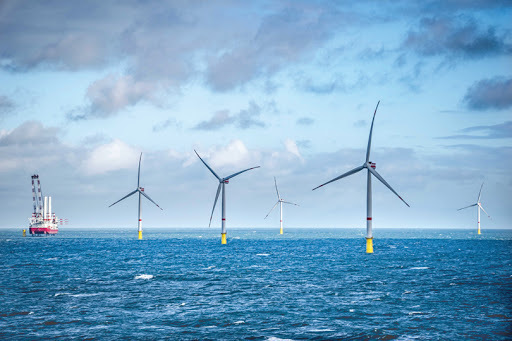 Liming Qiao from QWEC said at a recent online workshop that Vietnam is leading Southeast Asia in terms of offshore potential, with 160GW of usable technical potential in offshore wind power.

However, in the draft of the eighth national electricity development plan, Vietnam set a very modest target for offshore wind power development, just 2,000-3,000 MW by 2030.

According to an expert, Vietnam is capable of having 10 GW prior to 2030 and the figure should be set as the target.

Commenting about wind power prices around the world, she said that current prices have become much lower than previously. The cost will decrease when the total installation capacity in the market reaches a certain threshold.

However, it is not easy to develop offshore wind power. Investors may have to spend 5-6 years on the development process, two years on the installation. A project can operate for 25 years. Most offshore wind power farms are located 60 kilometers off the coast, with average wind speed of 9 meters per second and water depth of up to over 50 meters.

Andrew Ho from Denmark’s Orsted said once international investors are interested in a market, they want to see stable policies to plan their long-term investments in that market.

In some countries, foreign investors only have to only contact one agency authorized by the State to deal with the issues related to offshore wind power development. This is great for investors, as the State shares risks with investors which helps cut the electricity production cost, thus benefiting both the parties, he said.

QWEC suggested the Government of Vietnam continue applying the current price of 9.8 cent per kwh for the first 4,000-5,000 MW.

“The Feed in Tariff (FIT) price will expire this November and the time from now to that day is not enough to calculate how high the next FIT price should be. However, enterprises can continue making investments with the current FIT if it is extended,” said Liming Qiao.

She believes that after obtaining 5,000 MW of offshore wind power, Vietnam can shift to applying the bidding mechanism.

Bernard Casey from Mainstream Vietnam said Ministry of Industry and Trade last year proposed that Government extend the FIT for two more years. The proposal has also been applauded by investors. However, the Government has not given an exact answer about whether to extend the FIT.

According to Sebastian Haid Buhl from Orsted, bidding does not always bring good prices, i.e. lower than FIT. If there is no transition period, bidding prices will be even higher than FIT.

Maya Malik, CEO of La Gan Offshore Wind Power Project, said that Vietnam doesn’t have supply chains, and its policies are not clear enough and it is difficult to use PPA (power purchase agreement) to borrow capital.

She stressed the need to have a transitional period before applying bidding.

According to an expert, to make profit, an offshore wind power project needs to have a scale of 400-500 MW and investment capital of $800-1 million or higher. The time needed to implement such a project is 5-7 years, from the beginning of development to operation.

Maya Malik affirmed that the investor is ready to build transmission lines and would like EVN to upgrade the onshore grid to be capable of loading the project’s capacity.

As such, many foreign investors have shown their interest in Vietnam’s offshore wind power. They will consult with the Ministry of National Defence before following the next procedures to register projects, and strictly observe all the requirements to be set up by the ministry, ‘if the issues are transparent’.

Meanwhile, some experts still are cautious about offshore wind power projects, saying that a lot of questions remain unanswered. For example, it will be not easy for project developers and EVN to negotiate the conditions to reduce generation capacity if the national grid doesn’t use up all the wind power capacity.

Despite Vietnam’s huge potential, by the end of 2020, wind power accounted for less than 1 per cent (or 670MW) of the nation’s total installed capacity.