Origin fraud continues to be difficult to control

Vietnam has vowed to prevent and discover origin fraud in an effort to protect domestic production.

Some businesses have been found setting up many companies to import parts and accessories for assembly in Vietnam or for sale to other companies which do the assembling. 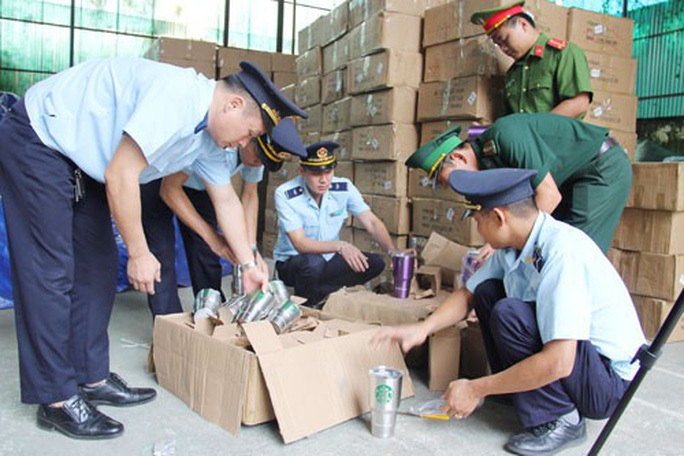 Many imports have been discovered with the words ‘made in Vietnam’ at Vietnam’s ports.

In other cases, imports, after entering Vietnam, have new labels to deceive consumers.

These are some of the tricks played by businesses to commit origin fraud that the General Department of Customs (GDC) has discovered.

Au Anh Tuan from GDC commented that legal loopholes in issues related to product origin have been exploited by businesses.

GDC has found products imported from China, but the labels and all the information about brand, businesses’ head office, websites and maintenance centers are in Vietnamese language that serve domestic consumption.

Under the current laws, sub-labels are not required to get customs clearance. This has been exploited by businessmen to import branded products, and to change labels and packing for domestic consumption.

Customs agencies discovered that not only Vietnamese but foreign invested enterprises also had committed fraud. They declare that they import material, unfinished products, accessories and sets of accessories for domestic processing and assembling.

However, they do not do the processing or assembling in Vietnam, or just do minor assembling which cannot satisfy the requirements to be able to get Vietnamese C/O granted.

Also according to Tuan, after inspection tours, appropriate agencies discovered that some businesses produce and sell hundreds of billion of dong worth of products, but their electricity and water bills are small. This raised doubts that the enterprises do not organize production activities, but just change the labels and packing of products.

Businessmen may forge Vietnamese origin to be able to enjoy preferential tariffs when exporting products to some markets that Vietnam has FTAs with.

Experts warned that if import countries discover origin fraud, they may impose sanctions on Vietnamese products, which will affect industrial production.

VN Gov’t cracks down on fraudulent origin of goods

Customs officers of Haiphong City have discovered a batch of sport shoes shipped from the Port of Xiamen in China to Vietnam bearing “Made in Vietnam” labels, Thanh Nien newspaper reported.