The underdevelopment of infrastructure is believed to be the main reason hindering the aviation industry.

Tan Son Nhat Airport has become overloaded. The project on building T3 Terminal at the airport has been on paper for three years as the procedures have not been fulfilled. 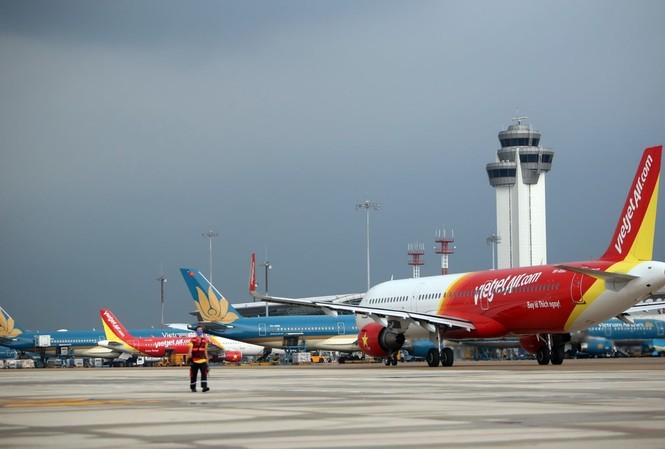 The runways at Tan Son Nhat and Noi Bai Airports have degraded which is threatening flights. But they still have not been repaired.

The Ministry of Transport wants to build Long Thanh Airport in Dong Nai province. But it has been taking 3-4 years to follow necessary procedures. The National Assembly has approved the pre-feasibility study of the project. However, it did not agree to assign the Airports Corporation of Vietnam (ACV) to develop the project as the investor.

Under the current laws, the state is in charge of developing runways and items which require huge investments, while private investors develop terminals and items which can bring high profits.

As a result, ACV, though having money, cannot repair the runways. The repair must be done with the state’s money, while the state budget is scanty.

As for the projects on expanding airports or building new airports, if the state doesn’t implement them itself, but implements under the PPP mode, investors must be chosen through bidding.

The current laws don’t assign the projects to ACV, but it is necessary to organize bids. Moreover, ACV is now a joint stock company, though the state still holds the controlling stake in it.

According to ACV’s president Lai Xuan Thanh, the Aviation Law requires to create equality among businesses. However, the ‘equality’ doesn’t exist in reality. ACV has to implement difficult projects, while profitable projects are assigned to other enterprises.

ACV’s disbursement is very low this year and no project has been implemented so far this year because of the unreasonable mechanism. In order to solve the existing problems, it is necessary to amend the laws. Meanwhile, it will take time to wait for the laws to be amended.

Deputy general director of Vietjet Air Dinh Viet Phuong said all airlines bear negative impacts from the poor infrastructure. It is impossible to increase the number of flights as Tan Son Nhat has become overloaded.

“We have been operating for eight years, and we have 80 aircraft, but we don’t have ‘any inch of ground’ at any airport," he said.

Meanwhile, Vietnam Airlines’ CEO Duong Tri Thanh said the airline has land to develop an aircraft maintenance center, but it cannot get a license for construction because of the lack of a land use right certificate.