Party’s new personnel arrangement: cadres in the south appointed to the north 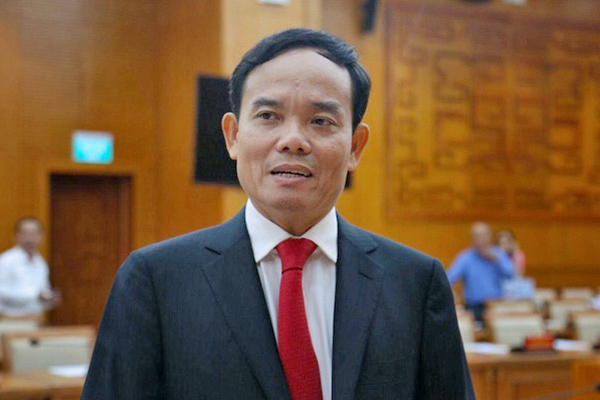 From a local cadre, Quang grew up to the highest local position – Party Committee Secretary of Tay Ninh province for four years (2015-2019), before being appointed by the Politburo to the post of HCM City Permanent Deputy Secretary.

Also, Quang has become the second southern person appointed by the Politburo to the post of Party Committee Secretary in a northern province since reunification.

The first was Nguyen Thi Kim Ngan, who has just left her post as National Assembly Chair.

Growing up in her homeland of Ben Tre province, she took the posts of the provincial Finance Department, and then provincial Party Committee Member. Later, she left the province for Hanoi where she was Deputy Minister of Finance.

Looking back at the personnel arrangement of the 13th Party Congress earlier this year and the appointments of the state’s positions at the National Assembly session one month ago, one can see that the breakthroughs in the latest decisions by the Politburo on personnel work.

Meanwhile, Le Van Thanh, who was Hai Phong Party Committee Secretary and has no experience in law enforcement at the central level, has been appointed as Deputy Prime Minister, thanks to his outstanding achievements gained during the time of serving in the city.

Returning to the case of Tran Luu Quang, the phenomenon that provincial Party Committees’ secretaries do not come from the same localities is quite common. And it is common that northern cadres leave for central region, Central Highlands and southern provinces to take their new duties.

However, the number of ‘northward’ cases like Quang is very modest. Two major reasons have been cited to explain this.

This factor, plus geographical advantages, explains why the number of cadres who have the opportunities to be fostered and developed to join central party committees in the north is more numerous than in the southern region.

Second, in some cases, when the Central Committee finds the cadres with preeminent capability in the south and wants to bring them to the north for fostering, the cadres refuse the opportunities, citing the reasons of regional cultural differences, and difficulties when living far from home and from familiar environment. Meanwhile, promotion opportunities remain unclear.

A question may be raised that why northern cadres move southward to take duties as requested, but southern cadres don’t want to move northward.

The answer is there should be bravery and breakthrough. And Tran Luu Quang has a lot of favorable conditions to make such a breakthrough.

The first advantage is that the transport and information exchange nowadays are much more favorable than in previous years. It takes less time to fly from Hanoi or Hai Phong to HCM City than from HCM City to provinces by land.

To Quang, the northern culture is not unfamiliar. Having parents who were cadres who left the southern region for the north to settle down and continue their work after the 1954 Geneva Agreement, he was born in Hanoi in 1967 and grew up in the north before returning to the south after Reunification Day on April 30, 1975.

With outstanding achievements during the four years of serving as Secretary of the Party Committee of Tay Ninh, and two years as Deputy Secretary of HCM City Party Committee, Quang has every condition to take the new post in Hai Phong, the seaport city which is expected to become a ‘locomotive’ in economic development in the north.

Another question is why Quang was not sent to a locality in the south, where he could make greater contributions to local development, since he is familiar with the local culture.

The answer is that Quang needs challenges.

Challenges are posed to any cadre who leaves the north for the south, or the south for the north. But only if they can overcome the challenges will they be able to prove their capabilities.

Once successfully proving their capabilities in different environments and cultures, cadres can prove that they have leadership qualities and strategic management capabilities, and have aspirations for innovation for the sake of people and the country development as shown in the Politburo's 2020 Regulation 214-QD/TW on the titles and criteria to assess cadres under the Central Party Committee, Politburo and Party Central Committee's Secretariat management.

The appointments of the Prime Minister and Deputy Prime Minister, together with the new methods in personnel arrangement, has given strong messages to encourage and promote local secretaries who dare to think and dare to do new things.