The pepper prices in the Central Highlands and the southern region fluctuated heavily in the last days of May. 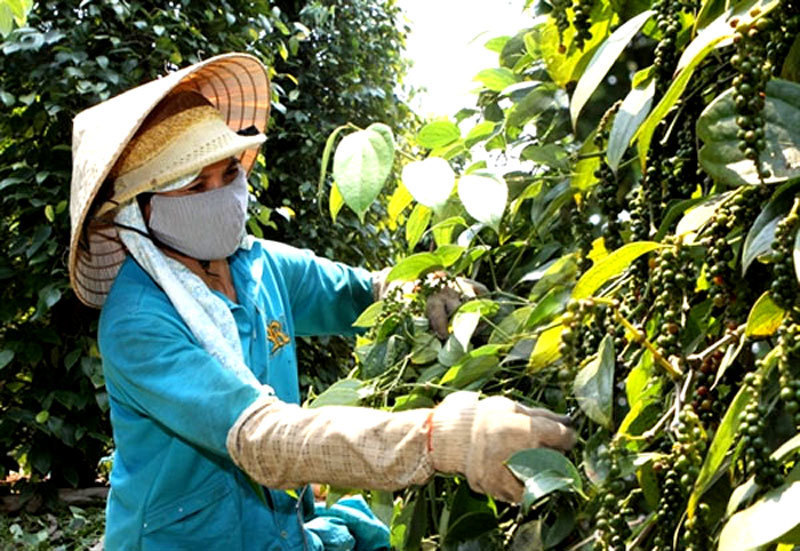 According to Nguyen Tan Hien, deputy chair of the Vietnam Pepper Association (VPA), deputy general director of Tran Chau Trade and Import/Export Service, the story of the pepper price increase began on May 27 and finished on May 29.

Some petty merchants spread the rumor that export companies are collecting products to fulfill their export contracts, so the pepper price would continue escalating and may reach VND80,000 per kilogram.

On May 26, Son Ha Company in the north raised the purchase price to VND53,000-55,000 per kilogram, but it bought pepper in small quantity.

Hien complained that unstable pepper prices make it difficult for companies to collect materials. More seriously, this creates favorable conditions for Brazil and Indonesia, the two biggest rivals of Vietnam, to boost sales, while Vietnamese companies are still holding products.

According to Nguyen Nam Hai, chair of VPA, the demand and supply in the world remain stable and the prices in the world market have not increased, but the domestic prices increased sharply some days ago.

Hai said the domestic pepper price was affected by rumors, which created ‘virtual price fevers’. In other words, the price increased not because of the higher demand for export. The price increase must not be seen as a sustainable trend.

He also warned that the ‘price bubble’ is not good for export, because export companies cannot buy materials to fulfill export contracts.

The three biggest markets of Vietnam’s pepper are China, the US and India. The US has bought enough products until October. The demand from India is decreasing because pepper processing workshops have cut capacity by 50 percent.