Periodic emission controls for motorcycles must be included in law: expert

The national strategy to ensure road traffic order and safety for 2021-2030 and a vision to 2045 was recently approved by Prime Minister Nguyen Xuan Phuc, with the goal that in 2021-2030, it will implement periodic emission controls for motorcycles. 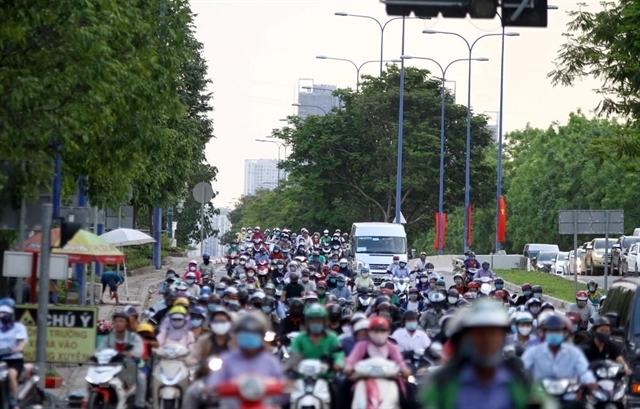 What is your opinion on the recommendation for periodic emission controls for motorcycles and motorbikes?

I support and welcome this recommendation because our goal is ensuring traffic order and safety and a cleaner air environment. However, we must have solutions to comply with the law for the people to follow them. Motorcycle emissions controls should have been around for a long time.

By the middle of October 2020, the number of motorcycles nationwide had reached more than 72 million. If on average, four motorbikes consume gasoline equal to one car, that means we have emissions of 18 million cars.

Currently, more than 4.6 million cars of all kinds are subject to periodic inspections both for technical standards and emissions.

Did we set up regulations to control motorcycle emissions 25 years ago?

In 1995, when I was working at the Vietnam Road Administration, I joined the drafting team of Decree 36 on ensuring road traffic safety and order and urban traffic order and safety.

This decree, signed by the late Prime Minister Vo Van Kiet and promulgated on May 29, 1995, provides technical standards and organises the inspection and supervision of the technical quality of all types of road motor vehicles and periodic travel permits.

At that time, we went to Singapore to survey this issue and agreed vehicles with internal combustion engines using gasoline, diesel, and gas should all be put under emissions control. At that time, there were only 6 million motorbikes in the whole country, but the authorities of the time only talked about controlling car emissions. Therefore, in 1995, only cars emission standards were introduced.

The number of motorcycles is constantly increasing, while the 2000 and 2008 Road Traffic Laws have not yet regulated periodic emission controls for motorbikes. Why has this not been put into law?

By 2010, then Prime Minister Nguyen Tan Dung issued a project to control motorcycle emissions in a certain number of cities across the country, but so far it has not been implemented since such move would require some social cost and administrative procedures that are not specified in the Law on Road Traffic 2008.

How often should motorbike emissions controls be implemented?

The competent authority must calculate and consult scientists, if there is no appropriate method, it will easily lead to social disorder when there are 72 million motorbikes in the country that need to be put under emissions control.

The National Assembly should enact the Law on Road Traffic with regulations on controlling motorcycle emissions. If it is necessary to legalise and immediately implement the Prime Minister's decision on the national strategy to ensure road traffic order and safety for the period 2021-2025 and a vision to 2045, the National Assembly Standing Committee can issue a resolution to add to the existing Road Traffic Law instead of waiting for a revised law to be passed.

Vietnam aims to be an attractive destination for investment in low-emission energy, given the country’s huge power demand for development coupled with the national strategy of sustainable energy development with the priority on renewable energy.