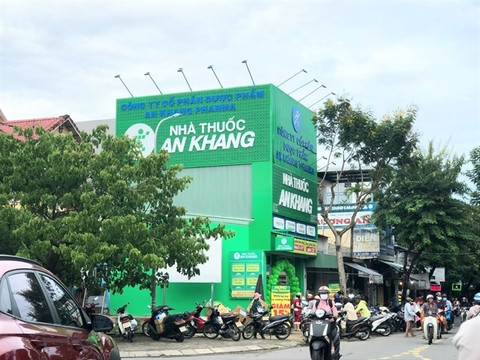 ix-month revenues of pharmaceutical firms paint a mixed picture in the first half of 2022.

OPC Pharmaceutical JSC (HOSE: OPC) made revenue of VND595 billion, up 26 per cent year-on-year. Its profit grew by 28 per cent.

Their profit growth was 21 per cent, 39 per cent, and 109 per cent in that order. Mekophar attributed its high profit to a mounting revenue against stable expenses.

Meanwhile, Vimedimex Medi-Pharma JSC (HOSE: VMD) lost half of its revenue due to the poor performance of its affiliated Vimedimex Binh Duong LTD, raking in VND3.7 trillion.

Lam Dong Pharmaceutical JSC (HNX: LDP) operated unprofitably as its revenue growth of 2 per cent was insufficient to cover its mounting expenses, resulting in a loss of VND41 billion.

The situation was not better for Vietnam Pharmaceutical Corporation because its provisions for securities volatility and exchange rate fluctuations ate into its revenue, leading to a dwindling profit.

Despite the mixed picture, Viet Dragon Securities has an optimistic outlook on the industry in the year's second half due to pharmacy expansions and favourable demographics.

Ethical drugs are expected to keep growing too because of the emergence of new hospitals. About 121 hospitals were newly constructed between 2016 and 2020.

The organisation estimates over-the-counter drug revenues at VND50 trillion and ETC revenues at VND166 trillion by 2026, equivalent to four-year compounded growth of 7 per cent and 9 per cent, respectively.

Average drug expenditures were estimated at VND1.5 million per capita in 2021, and the figures are projected to rise to VND2.1 million by 2026, representing a compounded growth of 7.7 per cent.

Despite the growth, the industry is vulnerable to supply chain disruptions and exchange rate fluctuations as it has to import active pharmaceutical ingredients, which account for 51 per cent of drug prices.

Foreign predominance is another concern for the industry, as foreign drugs took up 67 per cent of the drugs used in hospitals in the first seven months of the year. Domestic drugs, sold at lower prices but with lower quality, cannot turn the tide.