Citizens of Hanoi can easily find the red flamboyant flowers around the capital, especially along such roads and streets as Lang, Thanh Nien, and Quan Hoa.

Each year, the first sightings of the red flamboyant flowers generally signal the end of spring and the beginning of summer.

The vibrant red colour on display throughout the capital caused by the flamboyant flowers proves to be a popular sight among visitors. 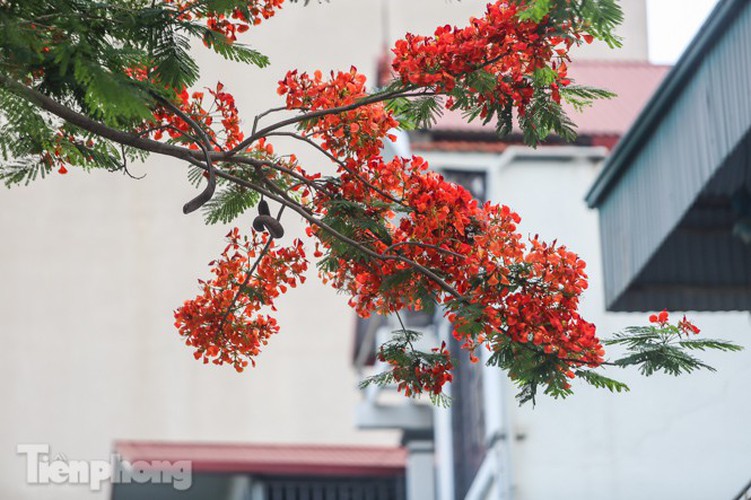 The fierce red of the red flamboyant flowers combines perfectly with the purple tones of the Bang Lang (giant crape myrtles) to give the capital a fresh vibe each summer.

Flamboyant trees can be considered a familiar sight nationwide and are frequently referred to as "the flower of school age" due to them starting to bloom just as the academic year concludes.

Each May sees the entirety of Hanoi covered by the colourful flowers.

Visitors to the capital and local residents greatly appreciate the sight of the vibrant red colours seen in the flamboyant flowers. 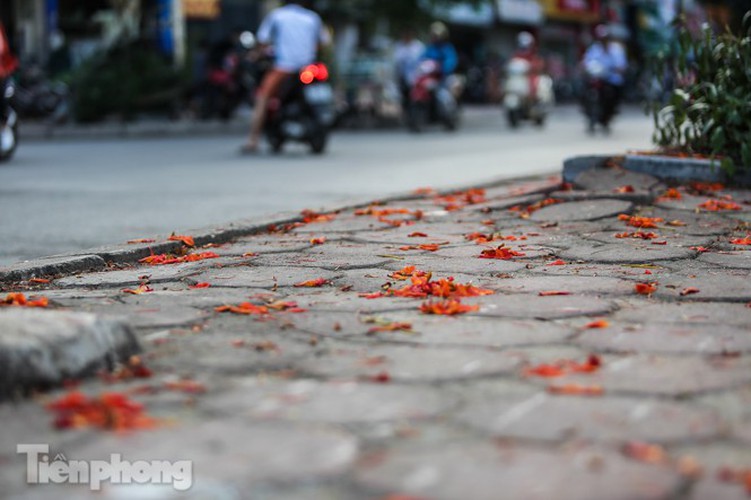 Leaves from the red flamboyant trees gently fall onto the pavements in Hanoi.

The scene on the banks of Truc Bach lake

The added colour brought about by the picturesque flowers transforms the capital into a more charming place during the blossoming season.

Up to 3,000 yogis took part in a co-performance in Ha Long City in the northern province of Quang Ninh on June 21 to celebrate the sixth International Yoga Day.

Local photographer @alexcao has been named among the 50 best photos to feature in the #Green2020 contest following its launch by the app Agora.

Regions throughout northern and central Vietnam, including Hanoi, continued to endure a hot spell for the second time this year with temperatures in some places reaching 42 degrees Celsius,

The ring road is expected to reduce traffic congestion in the capital city. 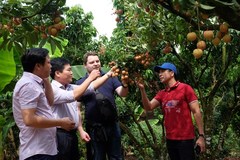 Thieu lychee, a specialty of Bac Giang province, is expected to soon be readily-found in one of the most choosy markets in the world - Japan - marking a major step in Vietnamese agricultural products reaching out to the globe.