Phu Quoc authorities are struggling to find waste treatment solutions as the pollution problem on the island has worsened. 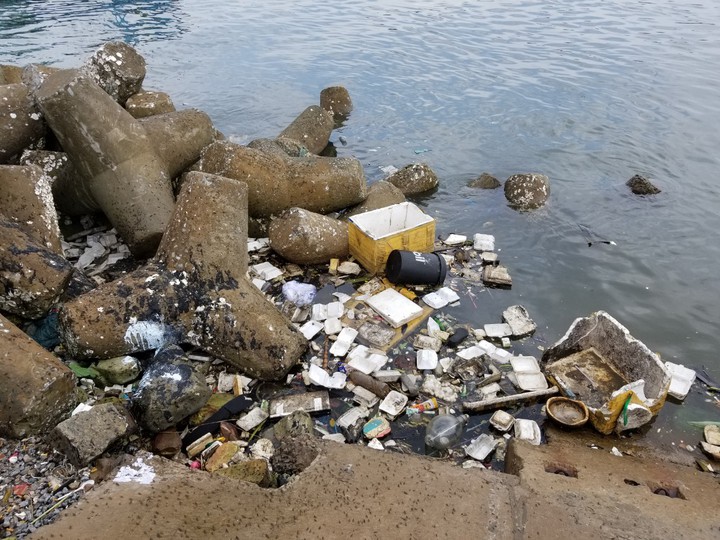 Over 200 volunteers recently participated in the Day for Phu Quoc Environment to clean up Phu Quoc. However, the effort was too little compared to the size of the task.

Rubbish can be seen floating along Da Ban Stream. A group of tourists quickly threw all of the rubbish after dinner into the stream when they see someone nearby. In Ham Ninh Village, the visitors carelessly littered the village and the sea as they ate.

Even Dinh Cau Beach, in the heart of Phu Quoc Island, is also covered in rubbish despite the cleaning efforts from the Phu Quoc Public Construction Management Board.

Duong Dong River is 21.6 kilometres long, stretching across Phu Quoc Island from Da Bac River to the Dinh Cau Estuary. It is an important waterway for hundreds of vessels that go in and out of Duong Dong Market, the largest seafood market in Duong Dong Town. According to a local, Duong Dong River has been severely polluted by factories and household solid and wastewater for years, and the smell from the river is unbearable. The river is basically dead as it can't receive any more wastewater and can't be used for crops.

According to Kien Giang Department of Environment Protection, about 300 tonnes of rubbish is discharged in Phu Quoc each day. However, because of the terrain and lack of transportation, only 50% of the rubbish is collected. Even the collected rubbish is also only buried carelessly. The dumping areas are unhygienic, lack ways of controlling the odour, while the walls are incapable of preventing wastewater leaking into the ground.

Several years ago, Phu Quoc authorities called on Global Energy Tech JSC to invest into a waste-to-energy plant with a capacity of 200 tonnes a day in Ham Ninh Commune. After several delays, the investor dropped out.

Experts also pointed out that since Phu Quoc is a tourism island, it will have many rubbish and related problems. It is vital to have strict regulations that act as a deterrence to deal with violators and protect the environment. Dtinews