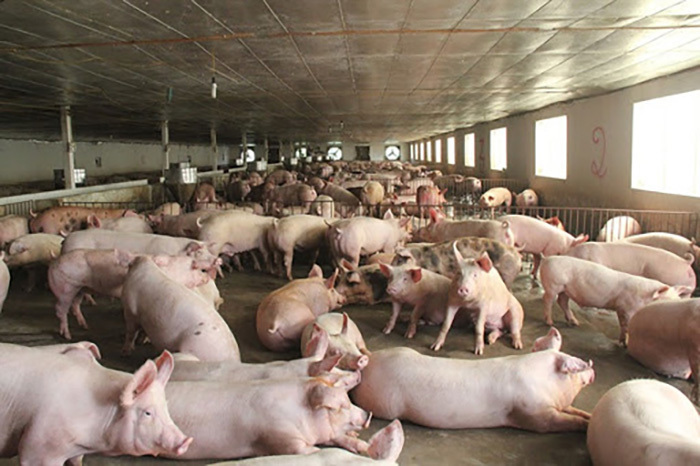 “With the current price, I take a loss of VND2 million for every pig sold,” Bac said. “The households farming in small scale would incur a bigger loss, VND2.5 million per pig."

These are the lowest price levels since late 2019, when ASF epidemic appeared for the first time in Vietnam.

The herd is gradually recovering from ASF, but farmers are facing difficulties as animal feed prices have increased by 16-30 percent since late 2020, while pork prices have been decreasing since late April because of the demand decrease.

Nguyen Van Trong from MARD confirmed that pork prices are decreasing because of the sharp fall in demand in large markets. The husbandry sector is under pressure because of the disruption of the supply chain during Covid-19. Meanwhile, the transportation cost increase has led to a big difference between the prices of pigs at farms and the prices of pork at retail markets.

Trong warned that as farmers incur big losses, they are reluctant to re-herd.

“If things keep going this way, the possibility of pork shortage for Tet sale is very high,” he said, adding that it would take 40 days only to re-herd fowls, but it would take six months to have merchandise pigs to launch in the market.

MARD said it is working with livestock companies on re-herding pigs to ensure sufficient pork supply for the year-end sale season.