Vietnam is one of five leading countries responsible for the 13 million tons of plastic waste discharged into the ocean every year, according to some international organizations. But it still has not conducted research on plastic waste pollution at the national level. 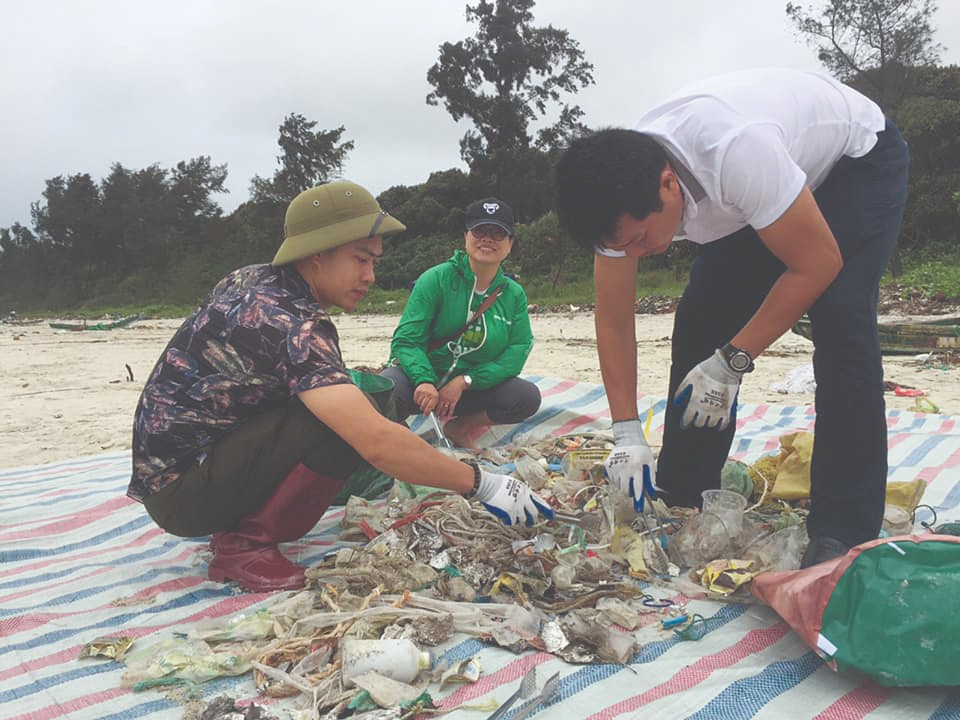 “What we are concerned about is the origin and types of waste into the ocean, the ‘hot spots’ of plastic pollution. We need to define the purposes and measures to prevent waste, to identify the possible impacts on biodiversity, human health, food security, marine safety, and outline plans on tourism and entertainment industry development,” said Nguyen Thu Trang, co-founder of GreenHub.

To build a method which can be commonly used for all coastal localities, IUCN Vietnam and GreenHub organized a fact-finding and supervision trip to MPAs and national parks throughout the country.

Bui Thi Thu Hien from IUCN said they wanted to provide more data about ocean waste and plastic pollution in MPAs and national parks in Vietnam.

Asked why MPAs and national parks were the destinations, Hien said even places which are put under strict protection cannot avoid pollution from plastic waste.

According to Trang from GreenHub, a member of the group of supervisors, 91-97 percent of waste found was plastic, mostly foam, floats and plastic bags.

The same situation was seen in Cat Ba National Park.

Meanwhile, in Con Dao, plastic nets and bottles accounted for the highest proportion.

The trip found that plastic waste is a burning issue at MPAs and national parks. The investigation on plastic waste should be listed as a regular activity in a long-term supervision program to serve biodiversity conservation.

Hien said that it is necessary to implement this four days a year, in two seasons. He said the cost of the program is not high, and it can bring great benefits.