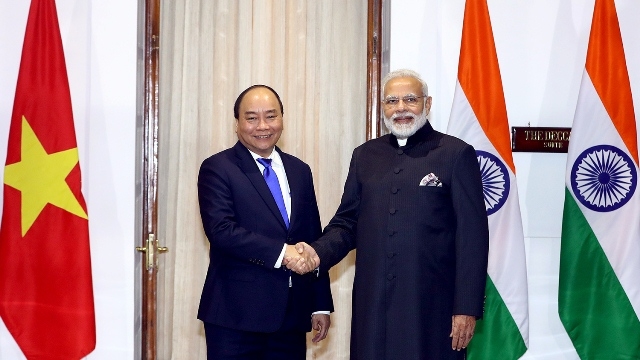 The two leaders are expected to discuss measures to foster the Viet Nam-India comprehensive strategic partnership as well as regional and international issues of shared concerns, Hang said.

The pair will also discuss ways to beef up bilateral cooperation at multilateral forums as both countries are non-permanent members of the United Nations Security Council next year.

Viet Nam and India with historical roots in the common struggle for liberation from colonial rule and the national struggle for independence, share traditionally close and cordial bilateral relations.

Ho Chi Minh and Mahatma Gandhi, regarded as the Father of Nation in Viet Nam and India respectively, led people in their heroic struggle against colonialism in the two countries.

India was the Chairman of the International Commission for Supervision and Control (ICSC), which was formed pursuant to the Geneva Accord of 1954 to facilitate the peace process in Viet Nam.

Both countries established diplomatic relations on January 7, 1972 and elevated to the level of ‘Strategic Partnership’ during the visit of Vietnamese Prime Minister Nguyen Tan Dung to India in July 2007.

The bilateral relations were further elevated to a “Comprehensive Strategic Partnership” during Indian Prime Minister Modi’s visit to Viet Nam in 2016.

The meeting will be held digitally, Hang added./. VGP