VIBBank has released a resolution on the 2020 extraordinary shareholders’ meeting which discussed the increase of capital and amendment of charters. 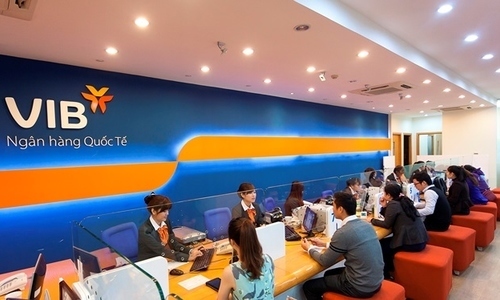 At the 2020 annual meeting, shareholders approved a series of plans, including the payment of bonus shares, the increase of charter capital to VND11.094 trillion, the listing of shares at the HCM City Stock Exchange in November and the targeted profit of VND4.5 trillion.

Analysts predict that three bank shares will be put into transactions on HOSE this year, including SHB, ACB and VIB.

ACB and SHB said they are planning to move from the Hanoi Stock Exchange (HNX) to HOSE.

VIB has attracted attention from domestic individual investors with many large transactions reported. However, many large institutions and investment funds still have not added VIB to their investment portfolios because VIB is listed on UpCom.

VIB is one of the 10 banks with the highest profits in the banking system and is the first bank to fulfill all three pillars of Basel II (minimum capital, supervisory review process, and market discipline disclosure).

A number of private banks have the highest profits, including Techcombank of Ho Hung Anh, VP Bank of Ngo Chi Dung, ACB of Tran Hung Huy, HDBank of the only female dollar billionaire Nguyen Thi Phuong Thao, and VIB and TP Bank of Do Minh Phu. They have diversified sources of revenue, low bad debt ratios, and higher safety levels.

Most of the businessmen returning from Eastern Europe have been successful in Vietnam. Pham Nhat Vuong, the first Vietnamese dollar billionaire, has appeared in local newspapers with a series of moves taken to restructure his Vingroup. Vuong now focuses on industry (automobiles, motorbikes, internal combustion engines and electricity) and technology products (mobile phones, TVs).

Meanwhile, billionaire Nguyen Dang Quang, with the company Masan, has been expanding business rapidly. Quang has jumped into the chilled meat sector, listed MML shares on the bourse, and taken over Vinmart, the retail division which once belonged to Vingroup.

Vuong has made a number of moves recently to restructure his huge business system to shift his development strategy to technology, industry and services.