Vietnamese voters have elected 500 deputies to the 15th National Assembly for the 2021-2026 tenure during the recent general election, but one deputy has not been recognized for his wrongdoings.

The results of the election were announced by the National Election Council in Hanoi on June 10.

Bui Van Cuong, General Secretary of the National Assembly, said voter turnout reached 99.6% when 69.3 million out of 69.5 million eligible voters went to the polls nationwide on May 23 to exercise their rights.

Voters have elected 500 deputies, but the National Election Council has not recognised the status of a newly elected deputy as he does not meet the quality of a National Assembly deputy, said Cuong.

Sources said Tran Van Nam, Secretary of the Binh Duong provincial Party Committee, had asked to withdraw from his status as a deputy of the new legislature for health reasons.

However, Nguyen Thi Thanh, head of the NA Deputies’ Affairs Department, said the National Election Council has issued a resolution that does not confirm the status of deputy Nam, noting he does not meet criteria for becoming a NA deputy.

Of the 499 elected deputies, 194 were nominated by centrally-run agencies, and 301 were introduced by agencies in all 63 provinces and cities. Four of seven self-nominated people were elected to the new legislature.

For the first time, the number of full-time deputies has reached 38.6%, a relatively high figure compared to previous NAs, Cuong said,

He also said the number of young NA deputies, ethnic minority deputies, and re-elected deputies have all met or exceeded the set targets.

Notably, for the first time in the National Assembly terms, the number of female NA deputies has reached more than 30%, a record high figure. 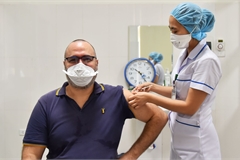 Foreign diplomats and UN representatives are among the first to get vaccinated in Vietnam.

National Assembly Chairman Vuong Dinh Hue held online talks with Speaker of the Legislative Council of Brunei Abdul Rahman Taib on June 9, during which they noted with pleasure that bilateral ties are growing fruitfully. 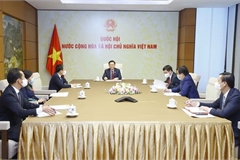 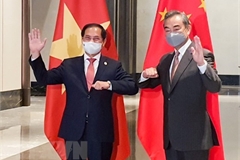 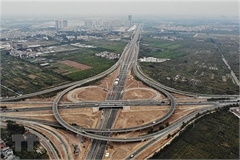 The Government plans to borrow over VND1.7 quadrillion ($73.2 billion) in 2021-2023 to meet the capital demand for socio-economic development, according to the public debt management plan for the next three years approved last week.

The 19th ASEAN-China Senior Officials’ Meeting (SOM) on the implementation of the Declaration on the Conduct of Parties in the East Sea (DOC) was held in China’s Chongqing city on June 7, 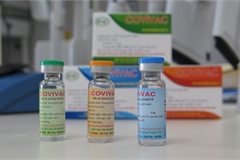 Prime Minister Pham Minh Chinh has urged scientists and representatives of vaccine research and production units to step up research and technological transfer for the domestic production of vaccine against COVID-19 as early as possible. 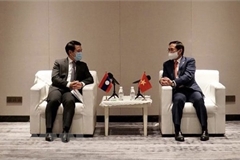 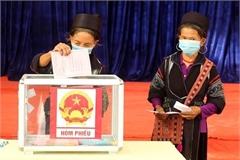 The high turnout (99.6 percent) at the elections of deputies to the 15th National Assembly and all-level People’s Councils for 2016-2021 demonstrates people’s political awareness, patriotism and trust in the Party and the State, an official has said. 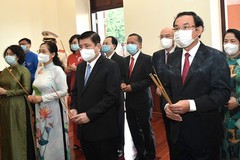 A delegation of HCMC’s leaders on June 5 offered incense to pay tribute to late President Ho Chi Minh on the occasion of the 110th anniversary of his departure to the world to seek suitable pathways for the country’s salvation (June 5, 1911). 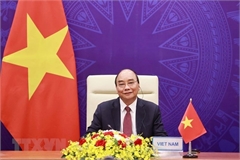 US President Joe Biden has sent a letter to President Nguyen Xuan Phuc to thank the Vietnamese leader for his attendance at the virtual Leaders Summit on Climate hosted by the US at the end of April, 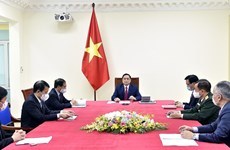 Preserving and developing the traditional friendship and the comprehensive strategic cooperative partnership with China is the top priority in the foreign policy of the Vietnamese Party and Government, PM Pham Minh Chinh affirmed on June 4. 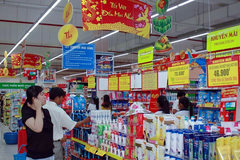 Vietnam-made goods’ quality and price nowadays are much better than the past. Some products have become so famous that they have been counterfeited by foreign manufacturers. 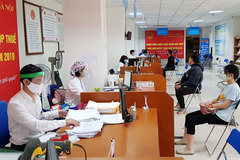 Local governments have become more transparent with public spending and are showing better practice publicising documents related to State budget spending, according to a report published on Thursday. 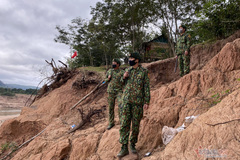 The Border Guard has taken the lead in 51 investigation projects and illegal entries and exits, receiving 15,000 people entering Vietnam through border gates and handing them over to local authorities for handling and isolation. 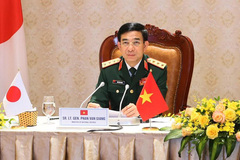