The National Assembly (NA) mulled over a draft revised law on Vietnamese guest workers with contracts in Hanoi on May 21, the second working day of its ongoing ninth session.

Authorised by the Prime Minister, Minister of Labour, Invalids and Social Affairs Dao Ngoc Dung presented a proposal for the draft law.

He said the amendment aims to institutionalise relevant policies and guidelines recently adopted by the Party and the national constitution that was supplemented and reviewed in 2013.

Sending Vietnamese workers abroad is a long-term and consistent policy in job generation, poverty reduction, and skills training during national construction amid industrialisation and modernisation, he said.

With eight chapters and 79 articles, the draft law supplements the types of contracts and regulations on non-State funds for overseas job support used to serve information efforts, assist enterprises expanding operations, and promote Vietnamese human resources, among others.

Nguyen Thuy Anh, head of the NA’s Committee for Social Affairs, presented a report assessing the draft law, saying the assessment agency basically agrees on the necessity of building the legal document.

The committee proposed the Government and the compilation board make clear those subject to the draft law and whether it suits the policy on mobilising the participation of different economic sectors in public services.

The assessment agency also agreed with the Government’s proposal for maintaining the overseas job support fund which it said should serve both enterprises and workers.

The Government and the compilation board should pay more heed to the fund’s feasibility, equality, transparency, and efficiency./.VNA

Ambassador Dang Dinh Quy, head of the Vietnamese mission to the United Nations, on May 21 chaired the first online informal meeting between ambassadors of the 10 non-permanent member countries 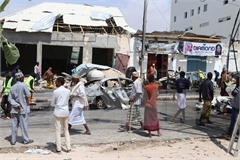 Vietnam called on all involved parties in Somalia to promote dialogues and create conditions for people and political parties to participate in direct one-person one-vote elections, a Vietnamese diplomat told a UNSC teleconference yesterday.

Vietnam opposes any threat of force or use of force against the territorial integrity, independence, sovereignty of all states and interference in their internal affairs, the Vietnamese Ambassador to the UN told a UNSC teleconference on May 20. 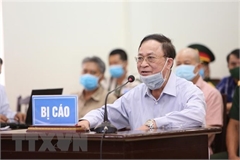 Nguyen Van Hien, former Deputy Minister of National Defence and former Commander of the Vietnam People’s Navy, was sentenced to four years in prison for his role in a case of violations of naval land management regulations. 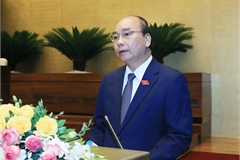 The Government of Vietnam is asking the National Assembly to approve a revised down GDP growth, as the coronavirus pandemic continues to ravage the world’s economy. 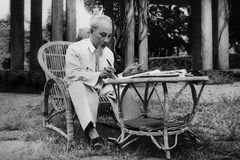 Foreign media have highlighted the morality and intelligence of Vietnamese late leader Ho Chi Minh as well as his invaluable ideas, on the occasion of his 130th birthday on May 19. 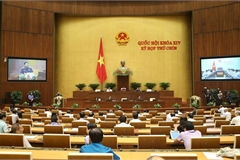 The draft Vietnam border guard law and the draft revised law on Vietnamese guest workers under contract will be among those to be scrutinised on the second day of the ninth session of the 14th National Assembly (NA) on May 21. 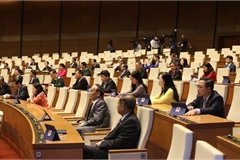 The 14th-tenure National Assembly (NA) started its 9th session in Hanoi on May 20 in the form of a teleconference.

After COVID-19 rains, skies between Vietnam and RoK will be bright again
POLITICSicon  20/05/2020

Korean Ambassador to Vietnam Park Noh-wan has written an article on the relationship between the Republic of Korea (RoK) and Vietnam. Following is the full text of the article. 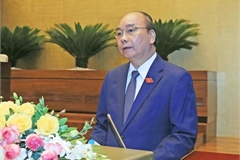 PM Nguyen Xuan Phuc on May 20 reported on the anti-COVID-19 work and key solutions for socio-economic recovery and development, calling for joint concerted efforts and high resolve to weather difficulties and perform tasks as best as possible.

The 14th-tenure National Assembly (NA) opened the ninth session in Hanoi on May 20 morning. 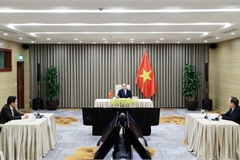 Prime Minister Nguyen Xuan Phuc attended the 73rd World Health Assembly which was held in the form of video conference on May 18-19 at the invitation of General Director of the World Health Organisation (WHO) Tedros Adhanom Ghebreyesus. 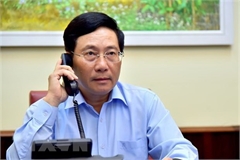 Deputy PM and Foreign Minister Pham Binh Minh on May 19 talked on the phone with Italian Minister of Foreign Affairs and International Cooperation Luigi Di Maio to discuss measures against COVID-19 pandemic.

Vietnam has called for special attention to responding to the COVID-19 epidemic which is exacerbating the humanitarian crisis in Syria, at a regular monthly meeting of the UN Security Council. 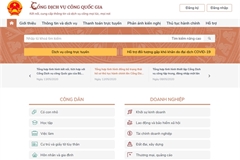 The Government wants the business community to provide feedback and input to help improve the National Public Service Portal, heard a conference held by the PM’s Council on Administrative Reform and the WB in Hanoi on May 19.