2019 was the year the global economy’s growth started to stall, with growth below 2.5 per cent, a very concerning development, 10 years since the global financial crisis in the 2008-09 period which resulted in a growth of about 2.9-3 per cent according to the International Monetary Fund (IMF). 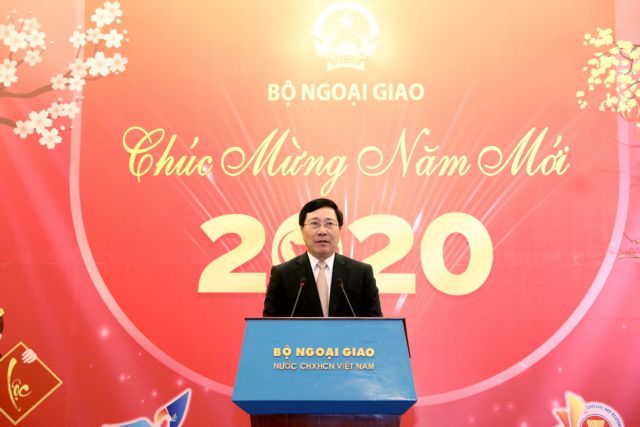 One of the reasons for this low growth is the slowing down of developing countries’ economies. But overall, fingers can be pointed at contracting global trade, which is directly tied to rising protectionism and trade tensions, especially between China and the US, the escalation of which was not seen in previous years which were dominated by economic liberalisation and integration. Even if the two most powerful economies could reach either a complete truce or a number of partial measures, protectionist policies – between the two or elsewhere in the world – are not going anywhere.

Next, the view that peace continues to be the prevalent trend remains true, but instability becomes more prevalent, especially in “traditional” hot spots like the Middle East, which we have witnessed in early 2020 and throughout 2019: the fight against Islamic State (ISIS), the fight against terrorism, influence and strategic competition between powers in the region. 2020 will likely continue to be a tough year with a lot of unpredictable developments as a fundamental solution is still nowhere in sight.

In our region, the developments in the South China Sea (known in Vietnamas the East Sea) are very concerning – especially China’s deployment of its oil rig HD-08 directly in Việt Nam’s continental shelf and Exclusive Economic Zone (EEZ), together with various violations of other nations’ waters with claims in the South China Sea.

However, the silver lining this year is the more palpable effects from Industry 4.0 to most economies. Most developing countries have now identified the digital economy as a way to thrive in the future, which is a positive sign for growth.

We can be glad that foreign policies and implementation of those policies have succeeded.

In the global context I gave a brief summary of earlier, Vietnam continues to maintain and grow ties with all countries and territories – especially the fostering of relations with global powers and regional neighbours. We have raised the number of countries with which we enjoy strategic partnerships to a total of 30.

The hosting of the second DPRK-USA Summit between Chairman Kim Jong Un and President Donald Trump in Hà Nội demonstrates that Vietnamhas grown beyond its direct concerns to readily become involved in regional and global issues, which in this context, is peace and stability in the Korean peninsula.

Had the summit succeeded and yielded positive results, then there would be no denying the contributions of Việt Nam.

It can be said that Vietnamis willing to play the role as a conciliator, which is one of the items in Directive No.25.

In 2019, Vietnam was voted to sit on the United Nations Security Council for the 2020-21 term, with the highest vote counts in the UN’s history, which reflects the appreciation and positive consideration that the international community has towards us.

This year, we are serving dual roles – being a member of the UN Security Council and assuming the chair of the Association of the Southeast Asian Nations (ASEAN). Other than the typical duties, there are several activities we are going to do to expand and deepen our relations with all countries.

What are the opportunities and difficulties that we are facing in the “dual role” as you have mentioned?

Being a member of the UN Security Council is a great honour, as it is a tremendous responsibility, but it certainly helps elevate Vietnam profile in the forum of global issues and other important matters.

This is not the first time that Vietnam has served on the council, we already had a tenure in a non-permanent capacity in the 2008-09 period. But the pressure in this term is heavier, given developments all over the world and the stark conflict of interests between members in the UN and especially on the UN Security Council. Our membership on the council came at a difficult time, but it could be a great opportunity to showcase Việt Nam’s responsible contributions and role.

It was quite pleasant – and a bit surprising – that the agenda and thematical meetings we proposed have all so far received ardent support and garnered record participation – not only from the council’s country members but other open discussions as well. The open debate on upholding the UN Charter held on January 9 enjoyed the registration of 110 countries, which is an unprecedented figure for all meetings held by the UN Security Council – I have personally checked. This goes to say that the proposals and agenda Vietnam put forward are relevant and timely, and that more than ever, the role and importance of the UN Charter needs to be enhanced.

Debates on UN Charter-related issues were previously held in 2015, 2016, and 2018 by the UN Security Council, but this year, the debate took place as many feel the charter is not being upheld, and is even disregarded, by certain countries. The fact that we stressed UN Security Council member countries must be in leading positions in upholding the charter must have resonated with many other member countries in the UN. The developing nations have all participated with enthusiasm, showing that Vietnamhas tapped into the concerns of many.

The first step is always the hardest, I hope that Vietnamcan bring many positive contributions to the table during its term on the council.

In our role as the chair of ASEAN, we hoped that this year’s theme “Cohesive and Responsive” covers the common concerns of ASEAN countries, which is to drive intra-regional unity and connectivity to better respond or adapt to global developments, especially with regards to economic and trade issues that arise from the increasingly tense strategic competition between powers.

In our dual role on the council and ASEAN, Vietnam has carried out an initiative which is an information campaign connecting ASEAN and the UN Security Council, which is obviously the first time such a thing has happened, in the hope of fostering ties between ASEAN and council members as well as the multiple organisations under the UN. The discussion has certainly elevated the profile of ASEAN and reaffirmed the regional bloc’s role at the UN.