The Government is resolved to step up measures to create new momentum, and speed up the disbursement of public investments to spur economic growth in the last quarter of this year, PM Pham Minh Chinh said at a Cabinet meeting on October 2. 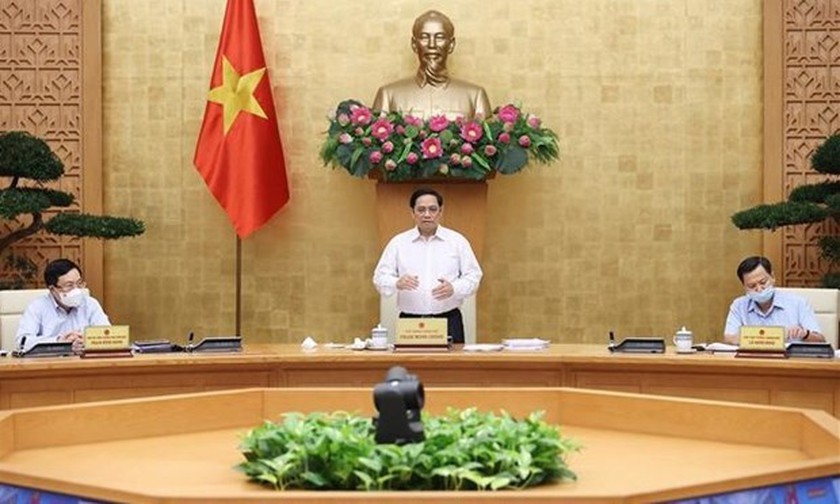 With the efforts, the Government expects to create a premise for the first months of 2022, thus bringing the country to the new normal, the leader said.

To that end, Mr. Chinh asked ministries, agencies and localities to focus on building a strategy on economic recovery and development in the new normal as from October 1, and another strategy on pandemic containment.

The PM ordered removing roadblocks to projects, increasing IT applications and digitalisation, ensuring social welfare and improving the efficiency of the communication work to create social consensus.
Although the pandemic has been basically brought under control, with decreases in infections and fatalities in Ho Chi Minh City and its adjacent localities, vigilance should be maintained while recovering socio-economic activities according to the set roadmap, he said.

He stressed the need to fight negative phenomena, corruption and group interests in the pandemic combat, saying the procurement of medical equipment must be transparent, avoiding losses.

The leader took note of economic achievements in September and the first nine months of this year, with GDP growing 1.42 percent year-on-year, and FDI increasing 4.4 percent to reach some 22.15 percent between January and September.

He also pointed to limitations and difficulties such as GDP in the third quarter decreasing sharply (6.17 percent), dropping domestic collection, and low disbursement rate (47.38 percent).
Also at the meeting, the PM had an online working session with authorities in 63 central-run cities and provinces across the country as well as 705 districts, towns and cities on the prevention and control of Covid-19.

Regarding crowds of migrants leaving HCMC and the southern province of Binh Duong for their hometowns, the PM called on them not to move freely to prevent pandemic spread.

Relevant localities should encourage labourers to stay in the cities where they are working to get vaccinated and continue joining socio-economic activities in the host cities, he said.