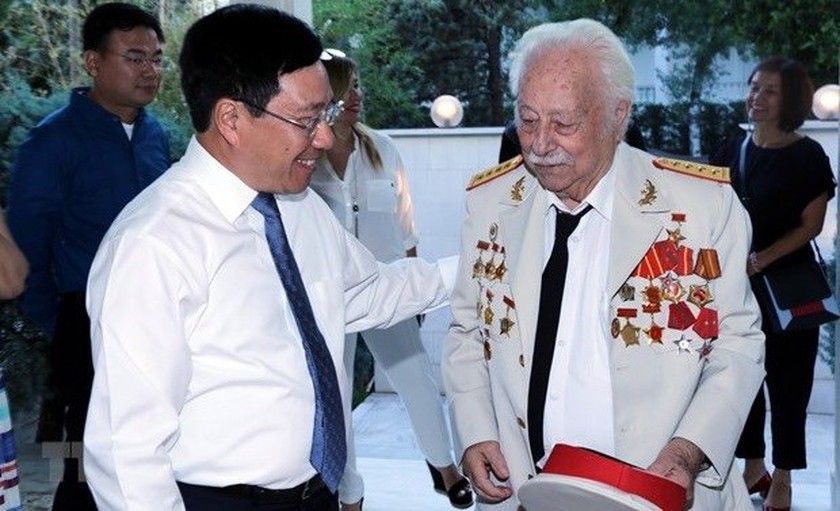 Sarantidis, was born in 1927 in Athens. The Greek was 16 when he was sent to the German army in 1943. After World War II, he could not return home for having no identity documents and later joined the French Foreign Legion and was mobilised to Indochina.

Since Sarantidis set foot on Sai Gon (now Ho Chi Minh City) in 1946, he decided to follow the Viet Minh (the short name for Vietnam Doc Lap Dong Minh or Vietnam Independence League) as he had witnessed invaders’ crime to innocent Vietnamese and realised the aspirations of the Vietnamese revolution

The soldier, with the Vietnamese name of Nguyen Van Lap, had made various accomplishments during his service and was presented with awards from the Party and State.

He was honoured with the Friendship Order and received Vietnamese citizenship in January 2011.
In 2013, Lap was awarded with the title of Hero of the People's Armed Forces of Vietnam.

The year 2020 marked a milestone in Vietnam’s history of foreign relations, when it for the first time undertook two great responsibilities – ASEAN Chair and Non-permanent Member of the UN Security Council.