It aims to meet the country’s increasing demand for sustainable development, strengthen resources for cultural development as well as being commensurate with the nation’s economic growth.

This was the conclusion of the Politburo on Tuesday after the Party Central Committee's Commission for Information and Publicity reported on the five-year implementation of Resolution No. 33-NQ/TW, issued June 9, 2014.

The Politburo said culture was believed to be the essence of the nation and a solid spiritual foundation of the society.

It was also an important endogenous power to serve the protection of the country and ensure the nation’s sustainable development, the Politburo said.

Therefore, firstly, the Politburo ordered relevant agencies to invest more in developing culture. For example, investment priority should be given to several major culture and art schools and several key cultural industries.

Additionally, they had to pay more attention to training and raising the capability of cultural managers and artistic workers.

Second, the Politburo required the relevant agencies to continue building culture in politics and economy. It meant that the relevant agencies had to promote “Studying and following Hồ Chí Minh’s ideology, morality and style”, actively detect, fight and strictly deal with depraved expressions of political ideology, morality, lifestyle, corruption and negative acts in the political system and society.

The Politburo also told enterprises to build corporate culture, the start-up spirit, the leading teams of businessmen who do business legally and contribute responsibly to the whole community and society.

Third, it should focus on planning and managing the press nationwide and promote the role of the press and improve the efficiency of the mass media, especially online.

Fourth, authorised agencies were tasked to enhance copyright protection and create a deep awareness of the whole society about the position and role of cultural industries.

Fifth, it was very important to conduct more international integration of culture, acquire the quintessence of human culture and spread Vietnamese culture to the world.

The Politburo assigned the Party Central Committee's Commission for Information and Publicity, the Vietnam Fatherland Front, relevant ministries together with the authority of every locality to seriously implement this important and regular task.—VNS 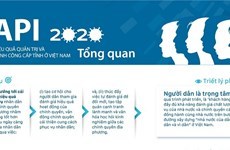 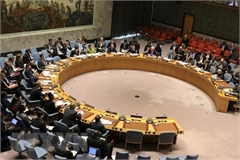 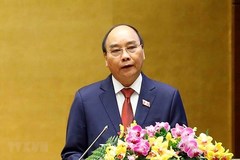 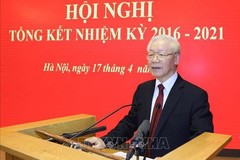 Over the course of 12 days of urgent, serious, and responsible working from March 24 to April 8, 2021, the 11th sitting of the 14th National Assembly completed all of its agenda, making it a success.