In a press conference following the monthly Government meeting on September 6, Minister and Chairman of the Government Office Tran Van Son said despite the pandemic, the macro economy remained stable with inflation under control in eight months of this year. With a month-on-month rise of 0.25 percent in consumer price index (CPI) in August, the eight-month index went up 1.79 percent annually, the lowest since 2016. The monetary, credit and foreign exchange markets were basically stable while interest rates continued falling.

The State budget collection hit nearly 75 percent of the estimate and increased over 14 percent year-on-year. The industrial production index rose by 5.6 percent in eight months while export-import surged by 27.2 percent. E-commerce and cashless payment tended to go strong.

Over 11.58 billion USD in foreign direct investment were disbursed, up 2 percent. The Government is also about to issue a resolution on tackling difficulties in production and trade and supporting enterprises.

So far, about 15 million workers nationwide have received aid worth 8.4 trillion VND (369.2 million USD) in total under Resolution 68/NQ-CP, apart from more than 2.1 trillion VND (92.3 million USD) for freelance workers and 134,000 tonnes of rice for disadvantaged residents.

Competent authorities were also asked to ensure social welfare, review the implementation of Resolution 68/NQ-CP, and pool the involvement of funds in providing social welfare services for citizens./. 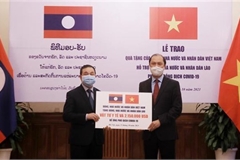 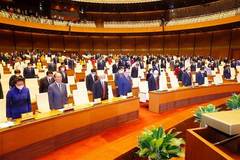 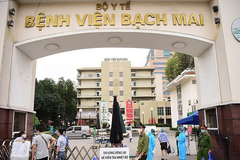 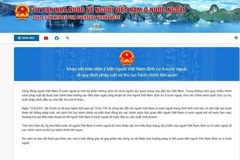